Courses of action when your client breaches the rules - September 2016

Breaching the SIS Act happens more often than you would think. Most instances are honest mistakes or just a case of trustees not understanding their obligations. The question is: how and when do we fix it?

The ATO encourages trustees to work with their appointed SMSF professionals including their SMSF auditor to rectify an issue as soon as possible. Given the ATO has focused their compliance activities on reported unrectified breaches, it is in the funds’ best interest to rectify the contravention and to provide the rectification details to the auditor for inclusion on the audit contravention report (ACR) to be lodged with the tax office.

The ATO also encourages trustees to voluntarily disclose any unrectified contraventions, using the SMSF early engagement and voluntary disclosure service. A form ‘SMSF regulatory contravention disclosure’ can be completed and lodged by mail, fax or email. The ATO is aiming to provide a written response within 28 days.

This service promises that the ATO will not commence an audit based on an ACR, where the issue has been fully resolved via this voluntary disclosure process. Trustees who use this service before the ATO commences an audit will also have the disclosure taken into account in determining enforcement action and remission of penalties.

My office doesn’t lodge ACRs early. We always allow the trustee the full 28 days from the date of the draft ACR to communicate their rectification plans for inclusion in the final ACR to be lodged with the ATO.

However, 28 days won’t always be enough time, so the sooner the trustee advises you there is a problem, the more likely it will be to achieve a rectified result. A common lengthy rectification is where the fund buys a property but the title is registered incorrectly, resulting in a breach of SIS because it is not in the name of the fund trustee. There are considerations to stamp duty exemptions, solicitors and the titles office to be taken into account and it will generally take more than 28 days to rectify.

The next question is, how do we fix the breach? This will depend on the situation and the seriousness of the contravention. If the breach is determined to be immaterial by your auditor, there may be nothing further required. The auditor would normally communicate the issue to the trustee in the form of a management letter. For example, if the trustee failed to lodge the annual tax return by the due date for the fund, a management point may be communicated.

The next level of audit breach is where the audit report part A or part B is qualified but no ACR is received. If it is a part B qualification, it is required to be communicated to the ATO via a question in the annual tax return but as it doesn’t meet the ACR reporting requirements, there is no ACR required to be lodged. Rectifications may be required in this situation but again they tend not to be too onerous. For example, if the fund bank account was overdrawn during the year and the cause doesn’t meet one of the borrowing exceptions. The account was then brought back into funds 14 days later when a $4,000 deposit was received. The amount was significant enough to be a breach of SIS but not significant enough to require reporting by ACR.

Care should be taken, however, not to repeat the breach after being made aware of the issue, as this can lead to a reportable contravention in the following year for repeat behaviour regardless of the amount and the level of materiality.

Then we get to the contraventions that require an ACR to be lodged with the ATO. The requirement to report is tested as follows:

The first test is to ensure new trustees receive assistance and education early in the process. However, it does result in the reporting of minor and rectified contraventions, such as an investment being in the wrong name that is rectified before year end.

The ACRs received by the ATO are then determined to be low-, medium- or high-risk depending on the situation. A low-risk ACR would be one that was rectified and usually will receive a letter basically instructing trustees not to repeat the contravention.

If the ACR is determined to be a medium risk, the trustee will receive a call from the ATO within two weeks of the ACR being lodged. The best approach for all trustees receiving an ACR is to ensure your clients are ready to talk to the ATO. They need to demonstrate an understanding of the contravention and the rectification undertaken or planned. If the matter has been rectified and the ATO is satisfied with the outcome of the call, no further action will result.

However, failure by the trustee to discuss the contravention with the ATO when called will result in the ACR being determined to be a higher risk and usually a full audit will follow together with administrative penalties. Any administrative penalties applied are based on the ATO’s findings during their audit and not on the reported contraventions by the auditor. The ATO has also indicated they don’t have discretion in applying the penalties but trustees can request remission of penalties if circumstances exist for consideration.

Courses of action when your client breaches the rules - September 2016 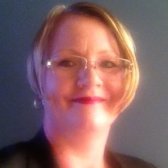 Written by Alice Stubbersfield
Last Updated: 08 December 2022
Published: 29 September 2016
You need to be a member to post comments. Register for free today