What will our clients want next?

Fees, turnaround times and the very nature of an SMSF auditor’s role has significantly changed in the last decade – and are signs of things to come, writes Christopher Levy, partner at Aquila Super

What was once a staid and relatively ignored backwater of the accounting universe has undergone tremendous change over the last 10 years or so. Mirroring the meteoric rise of SMSFs in general, SMSF audits have become faster and cheaper, and yet require higher levels of competence all driven by SMSF trustees and their advisers.

In years past, the role of conducting SMSF audits in an accounting firm was typically done by the partner responsible for the client or a colleague within the partnership. Often, such general practitioners had a limited knowledge of the complexities of super, and the regulator at the time (APRA) was seen as somewhat aloof and not particularly involved in enforcement. At the time, SMSF trustees typically didn’t care or understand the audit requirement, viewing it more as just one more signature required at tax time. These days, trustees have a much greater understanding and awareness of the audit of their SMSF. Furthermore, they are increasingly demanding that the auditor conducting it be an SMSF audit specialist who generally only works in the SMSF field. Given the rising levels of scrutiny on SMSFs by the ATO, the growing complexity of the super laws and the sizeable penalties for breaching said laws, trustees often seek some degree of comfort in knowing their SMSF auditor not only knows what they are doing, but is also willing to question the accountant, adviser or administrator advising the trustee. Going forward, it is unlikely that this trend will wane and increasingly the standard model will involve a specialist SMSF auditor independent of the adviser who is the primary adviser to the SMSF. Although there are qualifications currently available to an SMSF auditor to support this specialist role, it is also likely that greater technical training and studies will be required to maintain this role in years to come.

The huge rise in SMSFs has also not surprisingly led to an increase of professionals seeking to be involved in the industry. In turn, this has injected a large dose of competitiveness which has also impacted SMSF audits and driven down SMSF audit fees. This reduced fee expectation is unlikely to change and while many SMSF audit firms have pushed various efficiencies to maintain their audit quality, others have either shifted it offshore or unfortunately cut down the actual audit work. We are regularly asked where audit work is conducted and it seems like SMSF trustees and advisors either expect audits to be done in Australia or if not be clearly disclosed by the auditor. SMSF administrators and advisers will increasingly seek fee quotes and tenders for the SMSFs they’re responsible for, and one of the greatest challenges of SMSF audit firms will be the maintenance of audit standards in this low-cost environment.

Another noticeable development in the SMSF audit field in recent years has been a drastic reduction in the turnaround times to complete audits. In the past, an SMSF client file would often sit on a partner’s desk for weeks or months while they attended to their own clients’ work first. In the new world of specialist SMSF audit firms, the time between starting an audit and completion is now often measured in days. Indeed, it is one of the main points many specialist SMSF audit firms use to differentiate themselves as to some extent it demonstrates a high level of SMSF competency and professionalism coupled with ample staffing resources. Ultimately trustees, administrators and advisers want their SMSF audits done well but they also want them done quickly. Looking ahead, quick turnarounds are certainly likely to become the norm. However, there is a limit to how far this can be pushed without comprising quality. For example, an SMSF audit service offering one hour turnarounds would almost certainly attract the interest of the regulator and/or their professional bodies.

Greater use of technology

Over the last 20 years, technology has had a dramatic impact on the accounting industry and how accountants conduct themselves. Although this has had less impact on auditors, it has nonetheless driven some change. Whereas once SMSF trustees would provide original bank statements, share scrip and other source documents in the proverbial shoe box, there is now an expectation that SMSF auditors will embrace the technology their fund administrator or adviser is using. One example of this is relying on the reports generated by the wrap and/or portfolio providers under GS007 rather than unravelling them and seeking the underlying source documents. Another is an increasingly expectation that SMSF auditors will be familiar with and rely on data feeds from institutions external to the SMSF or its advisers. Apart from reducing the workload of an SMSF administrator, it has also led to a reduction in audit costs and therefore fees. As cloud-based accounting and administration become more common, this trend will only grow.

Technology has also had an impact on how SMSF auditors manage their own processes. An example is cloud-based SMSF audit checklists and workflow procedures. Another is the use of client portals to allow trustees and administrators to upload documents and/or track the status of audit jobs. While some SMSF audit firms and their clients have found success with such technology, others believe it can create unnecessary ‘busy work’ and inefficiencies. Ultimately, an SMSF client wants their audit done well and quickly and if technology helps achieve that goal, that is well and good. Conversely, administrators and their clients are less enthusiastic about technology and cloud-based reports if they ‘clog up the system’ and/or create delays and costs. As one client firm recently said, If SMSF audits are needed to be tracked on an online portal, then they’re taking too long’. In short, SMSF trustees will hold different views of this. Some will expect their auditors to fully embrace technology, others less so.

Another expectation increasingly held by SMSF trustees and their advisers is that they can call on their SMSF auditor for compliance advice on potential transactions, essentially seeking pre-audit ‘clearance’ before doing anything significant or unusual. Often a general practitioner accountant simply doesn’t know enough about the superannuation laws, and the regulator’s current interpretation of them, to be comfortable and increasingly relies on the fund’s auditor to prevent mishaps. Some SMSF auditors refuse this involvement, claiming it impinges on their independence requirements or muddies the distinction between auditor and adviser. While understandable to some extent, most SMSF trustees will generally seek to avoid a breach of the SIS Act from occurring instead of trying to clean up the mess afterwards. We suspect the ATO would be of a similar mind. Going forward, it is inevitable that the SMSF auditor will increasingly be seen as a strong technical resource to assist the fund but care will have to be taken to maintain their independence.

What will our clients want next? 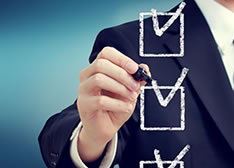 Written by Christopher Levy
Last Updated: 08 December 2022
Published: 28 September 2016
You need to be a member to post comments. Register for free today