While a post-death superannuation proceeds trust should not be treated as a substitute for proactive estate planning, it can be used for asset protection and tax planning where an effective strategy has not been implemented.

It is well established that a will utilising a testamentary trust (TT) should be the starting point for any comprehensive estate planning exercise, to ensure that wealth passes efficiently to the intended recipients in a tax-effective manner and at the intended time.

However, the difficulty in many estate planning exercises is that serious attempts to devise and implement a plan are often not made until some ‘triggering event’ (e.g. death) stimulates action.

While the best approach is to always ‘begin with the end in mind’ and ensure a person’s estate planning documentation achieves their objectives – for example, by including a TT and SPT in the will – in some cases it can be possible to establish a trust following a person’s death, such as an estate proceeds trusts or an SPT.

In addition to an SPT established in a person’s will, an SPT can also be established after the death of a superannuation fund member and can be very effective in circumstances where:

A post-death SPT is of particular benefit to a surviving spouse with infant children, where tax-effective income splitting is important, as outlined in the following example.

In an example, following the death of the husband, the wife (in default of any other decision by the trustee of the SMSF) would be entitled to receive his $1 million superannuation death benefit.

The wife, in her capacity as trustee of the SMSF, distributes $700,000 to an SPT she establishes and controls.

Income and capital distributions to the minor children can then be used to pay for their food, accommodation, education costs, clothing, holidays etc.

Limitations of a post-death SPT

There are a number of technical provisions that need to be satisfied to ensure access to this outcome set out in the example. Expanding on the limitation at the last point above, difficulties can arise when relying on the ability to establish a post-death SPT due to the interaction of the ITAA 36 and the Superannuation Industry (Supervision) Act 1993 (Cth) (SIS Act), and in many cases superannuation fund trustees might not have discretion to pay proceeds to an SPT under their trust deed or indeed at law.

In particular, under the SIS Act, a death benefit can only be paid to:

In one view, the trustee of a post-death SPT satisfies neither criteria, and as such, there are often significant difficulties in arranging for the superannuation benefits to be paid directly to the trustee of the SPT.

If the superannuation benefits are paid to a death benefit dependent and then gifted to the SPT, arguably the SPT will not be eligible for excepted trust income treatment as the requirements in Division 6AA of the ITAA 36 won’t be satisfied.

Division 6AA of the ITAA 1936 will apply where the beneficiary of a trust is a ‘prescribed person’, to so much of the beneficiary’s share of the net income of the trust that is not ‘excepted trust income’.  A ‘prescribed person’ is defined in the ITAA 1936, as any person, other than an ‘excepted person’ under 18 years of age at the end of the income year. Specifically, income of a trust estate is ‘excepted trust income’ where the income was derived directly as a result of the death of a person and out of a provident, benefit, superannuation or retirement fund.

Consequently, it is likely to be problematic for accessing the excepted trust income treatment where there is a subsequent gift of superannuation proceeds from a death benefit dependent (who is not a ‘prescribed person’) to the trustee of the SPT.

When should a post-death SPT be considered?

A post-death SPT is generally seen as a structure of last resort and should not be treated as a substitute for proactive estate planning. Notwithstanding the technically difficulties, a post-death SPT should be considered as an asset protection and tax planning tool where an effective estate planning strategy has not been implemented, and in certain circumstances, can be used to create a ‘set and forget’ structure that provides peace of mind now, while still accommodating the needs of evolving family dynamics in the future. 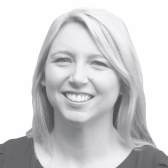 Written by Tara Lucke
Last Updated: 08 December 2022
Published: 28 September 2016
You need to be a member to post comments. Register for free today