Winding down an SMSF loan in the event of divorce and dividing assets can be tricky, and banks are often not prepared for these scenarios.

SMSF lending products have been around since 2008. They have been steadily evolving, along with the credit policies and guidelines that each bank uses to measure each application by.

But when it comes to divorce and more specifically, the division of assets of the marriage, the banks might not be well prepared to adapt to a change of situation for SMSF members.  Getting out of an SMSF loan is a lot harder than you might think.

I’ll talk about a specific situation with one of my customers.

Kay and Jason combined their funds into an SMSF with advice from their planner in early 2015. They found a property that met their investment strategy and settled in mid-2015. This property was funded by a 70 per cent LVR loan from a major bank.

Unfortunately, in early 2016 Kay and Jason separated and subsequently divorced. As a part of their property settlement, Jason was keeping the SMSF and the associated property. He was therefore responsible for the associated loan. Under the terms of their settlement agreement, as is the norm, Jason had to ensure Kay was no longer liable for that loan or the personal guarantees associated with the mortgage.

They contacted me to get this process started.

We applied to the bank for a variation to show this change had occurred, together with Jason solely being a personal guarantor.

Now here’s where it became tricky. The bank would not allow the loan to stay in place with the proposed changes. The loan had to be lodged again as if it were a new loan. This attracted all the costs associated with the first loan. To make matters worse, this transaction was seen to be an internal refinance which this bank would not do, so we had to apply to the credit manager for permission for this to be done. This was a long tedious process.

Hypothetically. let’s take this one step further. What if Kay was the higher income earner?

If Jason’s contributions to super, along with his employers, together with the rent from the property wasn’t enough to prove affordability for the loan, the bank would not approve it. This is no different to a separation situation outside super.

If you’ve ever tried to refinance an SMSF loan, you’d know that it isn’t really an option and affordability from lender to lender doesn’t vary greatly to provide any real benefit.

The only way forward would be for Kay and Jason’s SMSF to sell the property. In this case, if that were to happen, it would have been after just over 12 months from purchase. It would be likely that after all the fees from selling, it would have ended up costing thousands of dollars and resulted in a loss to the fund. 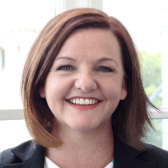 Written by Samantha Bright
Last Updated: 08 December 2022
Published: 28 September 2016
You need to be a member to post comments. Register for free today