What the ATO expects of SMSF auditors

The regulator outlines its expectations of SMSF auditors, as well as its areas of focus for the current financial year and beyond.

There are now more than one million Australians who are using an SMSF to save and provide for their financial needs in retirement. Therefore, the importance of the role of SMSF auditors in the SMSF sector cannot be underestimated.

The role of SMSF auditors and the annual independent audit that every SMSF is required to undergo are cornerstones of good governance and regulatory compliance within the sector.

The annual independent SMSF audit is a somewhat unique ‘self-check’ mechanism within the SMSF system that provides a level of assurance for SMSF trustees about their compliance with regulatory obligations.  Importantly, it allows any irregularities to be identified at an early stage, thus facilitating the timely resolution and rectification of the issues by trustees in collaboration with their auditor to ensure ongoing good management of their superannuation investment.

Of course, contraventions reported each year through auditor contravention reports (ACR) lodged by registered SMSF auditors are also a vital source of intelligence for the ATO in its role as regulator of SMSFs. They provide information about compliance and integrity at an individual fund level and within the sector as a whole, allowing us to engage and work collaboratively with SMSF trustees, and to support and assist them to rectify less serious regulatory contraventions, and to take appropriate enforcement action in instances of more serious or persistent and deliberate of non-compliance by SMSF trustees.

What we expect of auditors

Given the important and key role SMSF auditors have to play in ensuring integrity and confidence in the SMSF sector, we expect all SMSF auditors to diligently undertake their role in accordance with stipulated professional and ethical guidelines and standards, including the competency standards issued by the Australian Securities Investment Commission (ASIC) in its role as co-regulator of SMSF auditors. This includes ensuring independence and quality of SMSF audits undertaken, as well as ensuring specified reporting requirements to SMSF trustees are met and that reportable contraventions are reported to the ATO via an ACR.

While ASIC is responsible for determining registration eligibility requirements, setting competency standards and taking enforcement action where appropriate, the ATO’s continuing role is to monitor SMSF auditor compliance. In instances where we detect non-compliant behaviours, we refer our concerns about those SMSF auditors to ASIC. In the last calendar year, we have referred seven SMSF auditors to ASIC which have contributed to 17 misconduct actions undertaken by ASIC such as disqualification or suspension orders.

The ATO’s areas of focus

In 2016-17, the ATO will be increasing its emphasis and activities directed towards the review and assessment of the independence and quality of SMSF audits. We see this as an integral part of our role as the regulator of SMSFs.  Increased confidence in the independence and quality of SMSF audit processes will provide an increased level of assurance and confidence about regulatory compliance and integrity within the sector as a whole.

Historically, a significant component of the ATO’s activities has focused on some very fundamental cases of independence risks, for example an auditor auditing their own or a relative’s fund. Pleasingly, since the commencement of SMSF auditor registration and through our efforts in this area, we have seen a significant decrease in these fundamental independence cases.

We are now expanding our focus to broader issues and concerns of SMSF auditor independence. Examples of issues currently attracting our attention and which give us cause for some concern include:

We intend to identify and treat these behaviours as part of focus on SMSF auditor independence and quality of SMSF audits over the next 12 months.

A key component of our program of work for 2016-17 is directed towards reviewing audit quality, with a focus on ‘low-cost auditors’. This follows industry concerns about whether the quality of audits from some low-cost providers is sufficient to meet industry standards.

We appreciate the number of factors that could explain the prevalence of low-cost providers, such as a competitive market, economies of scale, and systemisation or automation of elements of audits and offshoring arrangements.

Where low-cost audits result in quality work, we’re pleased that funds have these price options available. However, we have listened to industry concern that some low-cost providers may not be conducting quality audits – if they are really conducting any audit at all – so it is these behaviours that we intend to identify and treat

To date, we have found that even though advertised low costs are widespread, many auditors only advertise low fees as a starting point for basic audits which rise on a sliding scale for more complex work.

However, there are some particular behaviours that do concern us and that will attract our attention, including:

What the ATO expects of SMSF auditors 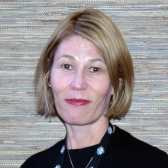 Written by Kasey MacFarlane
Last Updated: 08 December 2022
Published: 26 September 2016
You need to be a member to post comments. Register for free today