An understanding of interdependency relationships in the context of estate planning is vital, with the distribution of superannuation death benefits often focused more on dependency than fairness.

We have all seen advertisements along the lines of ‘Left out of the will? Claim your fair share today’.

While contesting the distribution of an estate involves diving into the equitable realms of moral obligation, adequacy, fairness, equality and dependency, the grounds for contesting superannuation death benefit distributions are much more limited.

The starting point is the decision of the SMSF trustee as to how the death benefit is to be distributed. An SMSF trustee generally has wide, if not absolute, discretion, but is bound by the provisions of the trust deed, and the exercise of their powers is subject to the SIS Act. Therefore, trustees must consider the purpose of superannuation when deciding how to distribute a death benefit.

Therefore, inheritance considerations are not determinative in the case of SMSF distributions. Instead, dependence is the key consideration.

The SCT said “it is not appropriate to use a superannuation benefit to remedy any historical wrongs, such as failure to pay maintenance in relation to a child who is now an adult”.

Instead, a trustee must look to who would have continued to benefit from the member’s income if the member had not died. Thus, the distribution of superannuation death benefits is less about fairness and more about dependence.

Notably, the regulations state that the existence of a statutory declaration signed by one of the persons to the effect that the person is, or was, in an interdependency relationship with the other person is to be taken into account.

The usual terms of an SMSF trust deed will provide that the dependants of a member do not have an interest in the member’s SMSF benefits and only have the right to be considered by the SMSF trustee in the exercise of their discretion.

Those who are in an interdependency relationship therefore only have the right to be considered as a beneficiary of a death benefit.

When making a distribution of superannuation death benefits, a trustee generally must:

However, the SMSF trust deed usually grants absolute discretion to the trustee and provides an opportunity for numerous outcomes, which may offend some beneficiaries but are considered by the courts within the reasonable bounds of the above indicia.

As SMSF trustee decisions cannot be challenged in the SCT, pursuing a challenge through the courts can be costly and time consuming.

Choice of trustee is vital and ensuring that the member communicates their wishes to the SMSF trustee will stand a member in good stead.

As above, this information should be collated in the form of a statutory declaration so as to ensure that this evidence must be taken into account in determining the existence of an interdependency relationship.

This will assist the SMSF trustee and inform their decision=making process. It may increase the likelihood that a dependent receives a distribution or a larger part thereof. It will also negate the appearance of conflict of interest in the event that the trustee is also the sole beneficiary of the death benefit and provide a useful piece of evidence in the event of a challenge.

The SMSF trust deed must also be carefully checked to ensure that the definitions of dependant and interdependency relationship do not contain limiting wording that will affect the ability of persons such as a same-sex spouse from being an eligible beneficiary and that the wishes of the member are permitted by the trust deed.

Of course, binding death nominations will supplant the trustee’s discretion. However, a prudent adviser may suggest collating interdependency evidence to prepare for the possibility of an expired or unenforceable binding death benefit nomination even where one exists.

Death benefits paid to dependants, as defined in the SIS Act, enjoy concessional tax treatment and this provides opportunities for estate planning. It is vital that advisers consider where and in what manner superannuation payments will be directed, the tax consequences and the legal consequences including the potential for challenges to be made to those decisions. These considerations should underpin a larger estate plan. 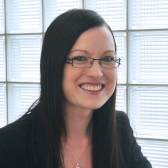