How to effectively manage your client’s losses

Recent turbulence in investment markets means many trustees may be sitting on unrealised capital losses. If the losses occur towards the end of the financial year the trustee may be forced to lock in those losses in order to make the necessary pension payments. The minimum pension standards must be met in order for the SMSF to be eligible to claim income earned on pension assets as exempt from income tax.

To make matters worse, funds solely in pension phase must disregard any capital gains or losses earned over the year. This rule is beneficial in years where markets are up and capital gains are made as the fund will pay no tax. However, in years where capital losses are incurred trustees lose the ability to carry forward the losses.

Trustees may want to carry forward capital losses so that they can be used to offset gains in future years. If losses are significant, this could provide important tax savings down the track. This is particularly relevant where it is likely younger members may join the fund, or where there is still a possibility of members switching back to accumulation phase. It could also prove a useful hedge against future legislative change, should the government come looking to raise revenue from capital gains in the retirement phase.

One solution that SMSF trustees can use to ensure that these valuable losses do not go to waste is to have a small accumulation balance when assets are realised at a loss.

A fund that has assets supporting both pension and accumulation liabilities during the financial year can use the unsegregated method to claim exempt current pension income (ECPI). Capital losses on unsegregated assets can be carried forward and, importantly, can continue to be carried forward each future year even when the fund is fully in pension phase.

Trustees having to realise losses should consider whether having an unsegregated fund may be more advantageous than a segregated fund.  This can be done by maintaining a small accumulation balance over the year, or for those who are able to, by making a small contribution prior to realising the loss.

An unsegregated fund will require an actuarial certificate each financial year in order to claim ECPI in the annual return. As the fund has a small accumulation balance, the income earned will not be entirely tax exempt. However, the cost of paying a small amount of tax and obtaining an actuarial certificate in the year when losses are realised may be offset by the future tax savings that are obtained from carrying forward the capital loss.

Consider Jackie and James, they are aged 64 and 70 respectively and are fully retired. All assets in their SMSF are in pension phase. They had $1.4 million in their SMSF at 1 July 2015, split evenly between them.

Under the minimum pension standards they are required to make a payment by 30 June 2016 of at least 4 per cent of Jackie and 5 per cent of James’s 1 July balance.

Jackie and James are invested primarily in Australian shares and property, with little cash remaining in the bank.  In order to make the additional $53,000 in pension payments required by 30 June, and indeed to facilitate future pension payments into next year, they determine they will need to sell some of their shares.

As Jackie is under age 65, she is able to make a small personal contribution to the fund in April prior to selling the shares.

This small contribution will mean fund assets are supporting both pension and accumulation liabilities. In May the shares are sold and proceeds are deposited into the fund bank account. The required pension payment of $60,000 is paid out to the members by 30 June 2016.

In the 2015-16 annual return Jackie and James’s SMSF will claim ECPI using the unsegregated method based on the tax exempt percentage provided by the actuary. This is very close to 100 per cent due to the small average size of the accumulation balance over the year. The fund’s income tax liability will be negligible. However, as the capital losses were incurred on unsegregated assets the SMSF can carry those $20,000 of losses forward to offset future capital gains.

How to effectively manage your client’s losses 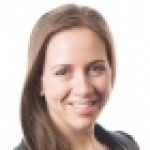 Written by Melanie Dunn
Last Updated: 08 December 2022
Published: 06 July 2016
You need to be a member to post comments. Register for free today