Exploring contribution strategies for the self-employed

Contribution reserving strategies can be particularly effective for boosting the superannuation of self-employed clients.

If you have a self-employed client with an established business and sufficient cash reserves, you may want to discuss effective strategies to help them build their superannuation and reduce their tax. An effective contribution strategy will need to be implemented for them utilising their contribution caps and may include a contribution reserve.

Most Australians are required to compulsorily contribute at least 9.5 per cent of their salary to a complying superannuation fund. However, self-employed individuals are not required to set aside money to pay superannuation contributions. For many self-employed Australians on a modest income and approaching retirement age, they have not set aside enough money for retirement and this has restricted their ability to retire. Therefore, it is important to establish a contribution strategy for these clients as early as possible, to build their super and, importantly, reduce their tax.

A contribution reserve is simply a 'suspense' account as it holds contributions for a short period of time before they can be allocated to the relevant members account within 28 days of the following month of the contribution being made.

Why use a contributions reserve?

When to use the contributions reserving strategy?

Jack is a carpenter and is 51 years of age and a member of ABC SMSF. Jack’s concessional contribution cap for the 2016 year is $35,000. In the 2016 year, Jack has made a significant capital gain on a sale of property and is looking to minimise his tax.

Jack has checked his trust deed to ensure it allows the use of reserves and provides ABC SMSF with the notification of his intent to claim the $70,000 as a deduction.

The example of Jack shows that contribution reserves are awesome for the right client at the right time. Contribution reserves can be used to double their deduction in a financial year and increase their superannuation balance. It is important to remember that consideration is provided to the tax benefit provided in the current year as well as the year following the allocation.

How does the 2016 budget affect contributions to my SMSF?

The 2016 budget announcement – if implemented – will have a major impact on contribution strategies for the self-employed. They include:

These changes have been a talking point since the announcement was made; however, with the prospect of a hung parliament, there is uncertainty in relation to the implementation of these changes, which may be a relief for many that have used the carry forward non-concessional rules to buy/transfer property. Watch this space for sure.

The example of Jack the carpenter shows that an effective contribution strategy can be used for the self-employed to effectively reduce their tax by claiming a deduction for the contribution made and boosting their super to benefit their retirement nest egg.

Exploring contribution strategies for the self-employed 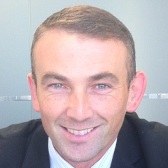 Written by Ivan Filipovic
Last Updated: 08 December 2022
Published: 06 July 2016
You need to be a member to post comments. Register for free today