Trustee declarations alone will not necessarily provide sufficient audit evidence – an auditor must also assess whether there is a need to modify the audit opinion.

Trustee declarations are important written communications between trustees and auditors. They are required when other appropriate audit evidence cannot reasonably be expected to exist or when the other audit evidence obtained is of lower quality.

Paragraph 89 of GS 009 states: "Enquiry is an audit procedure that is used extensively throughout the audit and often is complementary to performing other audit procedures."

I had an enquiry from an accountant regarding overseas travel expenses reimbursement requested by the trustees for inspecting a property, which they will potentially purchase for their SMSF. The trustees went to the US for more than a week, stayed in a five-star hotel, and kept a travel diary documenting where they had been and with whom they had met with. To make the matter a bit complicated, the property was not purchased at the time of the enquiry. They wanted to be fully reimbursed on travel and accommodation expenses, which was a substantial amount of money given the size of the fund. And they declared the whole trip was for the SMSF property purchase, and nothing else.

Both the accountant and I were reluctant to believe the legitimacy of their claim, but at the same time, we didn’t have evidence to the contrary. Technically the trustees can be right with their claim; they could honestly spend all their time doing nothing but property inspection. If they didn’t end up purchasing the property, it’s a bad investment decision rather than an audit issue. We couldn’t go back to the trustees and say we don’t believe you, because there is a detailed travel diary, but I certainly didn’t feel right issuing an unqualified audit report.

Another extreme example is when a fund has all its investment in gold and silver bullion and is keeping them in a safe sealed in a concrete wall. Here again, trustee declaration is not sufficient audit evidence.

In both cases I would qualify the audit report in both section A and section B simply because there is no sufficient audit evidence to form an appropriate audit opinion. I would not lodge an ACR because I have no sufficient evidence that there is a breach either.

In another example, an auditor had a fund with a $100,000 portfolio where the trustee spent $20,000 on a Forex course. The trustee declared these expenses were purely incurred for the fund. Is that just a bad decision for the fund? Or should the course fee be proportioned? According to the auditor, this fund was actually audited by the ATO, and the ATO said it was excessive and considered early access, as there was no need for the trustees to obtain all the necessary investment knowledge themselves and that with education there is always a personal element. 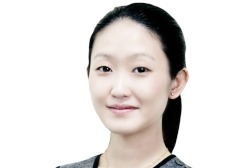 Written by Vivian Bai
Last Updated: 08 December 2022
Published: 21 June 2016
You need to be a member to post comments. Register for free today