How to avoid litigation as an SMSF auditor

Litigation against SMSF auditors has spiked in recent times, highlighting the importance of risk mitigation strategies to avoid litigation.

To ensure litigation risk is managed by the auditor, consideration must be given to procedures that could be performed to address high-risk areas. As a result, auditors must allocate some time in their audit testing to ensure these risks are identified, communicated and, where relevant, rectified in as timely a manner as possible.

The Montgomery Wools case resulted in the fund being made non-complying for transactions undertaken in a trust the fund had invested in. The trust in question was a pre-August 1999 trust that owned property. The trust allowed a mortgage to be placed on the property, even though the mortgage was not associated with any loan the trust had. The property was ultimately sold and the proceeds were used to repay debts of the family business.

Auditors should consider the implications of this on their audit. Auditors should be ensuring their audit programs and procedures incorporate some additional testing, for example, auditors could perform title searches on properties inside pre-August 1999 trusts to ascertain if mortgages exist and, if they do, whether they relate to debt in the trust or not.

The ZDDD case again concerns a pre-August 1999 trust, and the use of assets within the trust to the detriment of the fund. In this particular case, the trust owned a number of properties. These properties were sold and the proceeds were used to provide financial assistance to the members and their business operations.

The loans were not documented in loan agreements, and interest was not charged on the amounts lent. This fund was also made non-complying by the ATO.

In light of this, audit procedures should be extended to include a review the financials of the private entities the fund has invested in, and that auditors be required to request and review documentation on loans. Interest received by the trust should be compared to commercial rates of interest to ascertain if interest (assuming some has been charged), has been charged at arm’s length.

The distribution from this trust to the superannuation fund investor seemed uneventful until it was identified that the fund had invested in a hybrid trust, rather than a fixed unit trust. The fund received a multimillion-dollar distribution of capital gains and the fund taxed this income as ordinary income. Given the trust was a hybrid trust, the distribution should have been taxed as non-arm’s length income.

This case should remind all auditors to review trust investments to ascertain if the trust is a true unit trust or if there are elements of discretion embedded in the trust deed. This is essential to ensure income is allocated between ordinary income and non-arm’s length income for tax calculation purposes.

The reason the dividends should have been classified as non-arm’s length income of the fund was because the fund initially acquired the investment well below the market value of the shares.

Consideration should be given to perhaps testing all off-market acquisitions to ascertain if the acquisition is a related party transaction or not, regardless of materiality of the initial acquisition. If there is documentation on file evidencing the review by the auditor then at least the audit file would contain some evidence that the auditor had considered the acquisition and formed an opinion on it based on the answers and information provided by the trustee.

The ATO have a renewed focus on arm’s length transactions and as a result the auditor should pay particular care to unlisted investments and related party transactions. Property leases should be covered by a lease agreement, and be reflective of commercial terms, such as the timing of rental payments, and the value of rental. Rent should not be received, for example, from the tenant annually in arrears. Rent should, in most cases, be received monthly in advance. The auditor should consider checking the timing of rental receipts to ensure these risks are identified and managed. Loans should be covered by a formal loan agreement, and terms should be reflective of commercial arrangements, for the interest rate, payment frequency and repayment terms.

Where an auditor identifies any related party transactions that fail the sole purpose test, the financial assistance test or the arm’s length test, immediate action should be taken to communicate the matter to the trustee of the fund. Given the penalties being handed down by the ATO for mischief inside entities a fund has invested in, the auditor should be ensuring these matters are dealt with seriously so as to avoid any risks of being caught up in litigation. The excuse that it is a pre-August 99 trust, and SIS doesn’t apply simply doesn’t avoid the risk of non-compliance or penalties. An audit file that contains details of these issues with zero audit review or commentary leaves the auditor at risk of litigation for losses incurred by the trustee should the ATO decide penalties are appropriate.

How to avoid litigation as an SMSF auditor 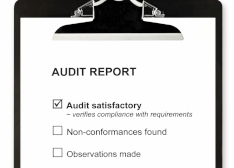