Understanding the quirks of the CGT Cap

Applying the small business exemptions to make further non-concessional contributions can be extremely beneficial for SMSF trustees, particularly in light of the budget announcements. However, there are a number of traps to watch out for.

The requirement in this subsection is met if:

(a) the contribution is equal to all or part of the capital proceeds from a CGT event for which you can disregard any capital gain under section 152-105 (or would be able to do so, assuming that a capital gain arose from the event);

That is, potentially the capital proceeds in respect of which the 15-year exemption applies can be contributed up the CGT Cap limit. In contrast for the retirement exemption section 292-100(7)(a) of ITAA 97 Act applies. It provides that:

The requirement in this subsection is met if:

(a) the contribution is equal to all or part of the capital gain from a CGT event that you disregarded under subsection 152- 305(1);

A second quirk relates to individuals over 65 who might wish to take advantage of the CGT Cap. For an individual, a company or a trust, there may be a delay between the receipt of part or all of the sale proceeds and the time of the CGT event. This delay could straddle 30 June. Where the delay is due to execution of the contract and settlement straddling 30 June then usually the individual will continue to work at least until the day of settlement. However, the delay could be due to an instalment sale or earnouts, which come within the new provisions. For eligible capital gains realised by companies or trusts there may be a delay in passing on sale proceeds to the individual.

If an individual has received an amount in the same year as the CGT event, then they need not make the CGT Cap payment until after that year end. However, such a delay may cause a problem. This is because the table in Regulation 7.04(1) of the SIS regulations specifies when a contribution can be accepted by a superannuation fund. It requires an individual aged between 65 and under 75 to be:

"Gainfully employed on at least a part-time basis during the financial year in which the contributions are made."

‘Gainfully employed’ is not defined. If the individual stays working in the business during a transition period, then they will satisfy this requirement and should be able to utilise the CGT Cap without jeopardising the availability of the 15-year exemption. However, if they have retired completely from the workforce by 30 June of the year of the CGT event, then they will not satisfy the requirement.

For someone 75 or over, when the CGT Cap payment would be made, the superannuation fund is prohibited from accepting it. Consequently, they are denied access to the CGT cap concession.

A third quirk relates to the extension of the CGT small business concessions to deceased estates. Unfortunately, this extension appears not to encompass the CGT Cap. This is because Section 292-100(1)(a) ITAA 97 requires that:

"The contribution is made by you to a complying superannuation plan in respect of you in a financial year."

That is, the contribution must be by the individual and cannot be by their estate.

Also, it would appear that there are circumstances where the CGT Cap may not be available even though the deceased derived the capital gain. This would appear to be the position where the deceased died before making the CGT Cap contribution. In some instances this may be due to not yet having received the sale proceeds. For example, if death occurs between the exchange of the contract for sale and the settlement date.

It may be considered that if an individual has died it would be inappropriate for superannuation contributions to be made on their behalf. However, the basis of the extension of the CGT small business concessions was to give a deceased estate the concessions to which the deceased would have been entitled immediately before death and to remove a pressure to agree to a quick sale. Consequently, the desire to make a CGT Cap contribution may be a pressing reason for a terminally ill person to agree to a quick sale. For example, the terminally ill person may have wished to establish a reversionary pension for a surviving spouse.

Understanding the quirks of the CGT Cap 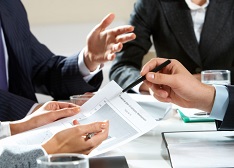 Written by Gordon Cooper
Last Updated: 20 June 2016
Published: 01 June 2016
You need to be a member to post comments. Register for free today