The proposed changes around personal deductible contributions announced in the budget won’t take effect until the 2018 financial year. The current traps therefore remain.

The recent federal budget promised to simplify and streamline the rules for personal deductible superannuation contributions. This is welcome news and I commend the government for this announced change.

However, the change won’t take effect until the 2018 financial year. Further, given the upcoming election, it’s also possible that there will be a new government and that the announced personal deductible superannuation contributions changes might never ultimately occur. Accordingly, it’s still important to remember the key trap within the current rules.

In the recent federal budget, the government announced:

From 1 July 2017, the government will improve flexibility and choice in superannuation by allowing all individuals up to age 75 to claim an income tax deduction for personal superannuation contributions. This effectively allows all individuals, regardless of their employment circumstances, to make concessional superannuation contributions up to the concessional cap. Individuals who are partially self-employed and partially wage and salary earners, and individuals whose employers do not offer salary sacrifice arrangements will benefit from these changed arrangements.

This is great news. However, for many, it won’t come soon enough. Especially for those in the following situation, or a situation analogous to it.

Leanne and Michael are a married couple. Leanne is the primary care giver for the couple’s children. She works part time as a teacher and earns $15,000 per annum. Michael is a partner in an accounting firm. The equity in the firm is owned via a discretionary trust. The accounting firm is careful to not fall foul of the personal services income or similar rules.

They wish to use up Leanne’s concessional contributions cap in the 2016 financial year and the 2017 financial year. How can they do this?

Naturally, Leanne could seek to salary sacrifice; however, even if she salary scarified all of her salary (i.e., $15,000), she still won’t be at her cap.

Finally, not all employers are willing or are able to offer salary sacrifice arrangements.

Under the current rules, if Leanne wants to make a personal deductible contribution, broadly speaking, less than 10 per cent of her total income (including reportable fringe benefits and reportable employer superannuation contributions) can be attributable to employment.

Due to her $15,000 of work as a teacher, it could be very difficult for Leanne to satisfy this.

Some might suggest that Leanne works in Michael’s business and that all of her salary be sacrificed as superannuation contributions.

However, this can be a vexed and contrived option to say the least, for many reasons. One key reason (although not the only reason) is that it is quite possible that the business could fail to be eligible for a deduction. The reasoning is as follows.

In order to be eligible to make a deductible contribution in respect of someone else, broadly the person must be (Income Tax Assessment Act 1997 (Cth) s 290 70):

(aa) your employee (within the expanded meaning of employee given by section 12 of the Superannuation Guarantee (Administration) Act 1992); or

(a) engaged in producing your assessable income; or

(b) an Australian resident who is engaged in your business

It’s quite possible that Leanne would fail to be any of the above. Remember, even if all of the paperwork and all of the other attendant ‘window dressing’ occurs that points to Leanne being an employee of the accounting practice, if parties do not truly have the intention to form a contract of employment, the contributions could fail to be deductible. For an example of this in a similar situation, see France and Commissioner of Taxation [2010] AATA 858 and Brown and Commissioner of Taxation [2010] AATA 829.

Some people believe that the discretionary trust that receives the profit distributions from the accounting practice could make a deductible superannuation contribution for Leanne. Such people say the deductible contribution is on the basis that she might be a director of the corporate trustee of the family trust and does everything necessary for that trust.

However, this option is almost certain to be invalid if properly scrutinised. Recall the ATO’s view expressed in paragraph 243 of TR 2010/1:

The odds are very low of finding a common law employee of a passive trust (i.e., the passive discretionary trust that holds equity in the accounting business).

Accordingly, option 4 might also not be useful. As a result, the next option (i.e., the last option) becomes very important.

Option 5 — director of a corporate beneficiary of discretionary trust

To this day, many are not aware of it. However, the following is typically the only legal way to top up Leanne’s superannuation with deductible contributions:

For those wanting more information, see paragraphs 234–244 of TR 2010/1. In a nutshell though, the reason why the above ‘side steps’ the difficulties with say options 3 or 4 is that under s 290 70 (again, extracted above), it is allowable to be an employee of the contributor ‘within the expanded meaning of employee given by section 12 of the Superannuation Guarantee (Administration) Act 1992’. This expanded meaning includes ‘[a] person who is entitled to payment for the performance of duties as a member of the executive body…’ Accordingly, so long as Leanne is entitled to be paid for being a director, the corporate beneficiary can generally make a deductible contribution for her.

For the 2016 and 2017 financial years, option 5 is the only legally sustainable option available for many wanting to use up their concessional contributions caps.

Is option 5 overly elaborate? Perhaps so. However, until and unless the change in the Federal Budget takes effect from the 2018 financial year, this is the only option that many have to maximise their deductible superannuation contributions. 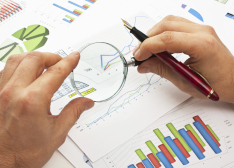 Written by Bryce Figot
Last Updated: 08 December 2022
Published: 24 May 2016
You need to be a member to post comments. Register for free today