The road ahead for SMSF technology

Software veteran Ron Lesh gives his frank views on who the winners and losers are going to be on the technology front in the years to come.

Are you satisfied that accountants are embracing the technologies available to them?

What we find is it's taking longer than we expected for them to start to use some of the technology. I think it's starting to happen, but it's just slow.

There's a number of reasons for that. Some of it is not that they're not happy to embrace the technology, but to be able to get up and running, the technology takes a while. If you’re going to use a web product and you want to automate everything, you need to get data feeds signed up and all these sorts of things, and it takes time to get their clients to sign the authority forms to process them for the feeds to start operating.

So it isn't something that they can do in five minutes.

Then there's also an issue of getting historical data, because the banks don't provide a lot of that.

Generally, I don't think they're taking things up as quickly as they should be taking them up, but it isn't as easy as everyone necessarily suggests.

How, in your experience, have technologies like the cloud been embraced?

What I think, and what our clients are starting to see, is they've started to use things like Xero and MYOB live accounts and all the general accounting products. And they're seeing that the conversations that they’re having with their clients are changing. So in the past they used to talk about what has happened; now they're talking about what is happening. I think a lot of them are struggling with that, and they're going to struggle with that with super as well. This is part of the problem.

A lot of them recognise that once they move to daily processing and daily reporting, the questions they're going to get asked are going to be more difficult. Maybe some don’t want that.

The past 10 years in particular have seen the consolidation of the administration industry. How is the market progressing?

I think you could ask this same question in five years and my answer will be totally different.

Where we see the future, and where we see that all these administrators have got a huge problem is that as the automation gets better; why are the trustees going to go to administrators? And that’s where I think the big future is. And we are positioning ourselves absolutely for that. That’s the way that we’re building the software.

How is the momentum going with Simple Fund 360?

It’s starting to get there. We’re putting up anywhere between 500 and 1,000 funds per week – and growing. So we’re putting good numbers on. It’s all about timing for our clients. They need to finish their work from last year, get their data feeds set up, and then they can move funds. But we're starting to get larger clients move up. We know it's going to happen – it's just time. The hardest part is them getting ready, and we are trying to help them with that, but unfortunately we can’t go out to each of their clients and get them to sign authority forms.

Are you happy with that rate of growth?

I’m reasonably happy. I'd always like it to be faster – I’d like to be putting on 10,000 a week not 1,000 a week! But it grows as it grows – we’re in a much better position to handle that now, and I think our clients are telling us that as well. The ones using it, and who persevered for the past 12 or 18 months, are saying it's really doing what they want it to do and the feedback we're getting is pretty good. It still doesn't have everything they want in it, but I don't think it's ever going to. I don't think the desktop has everything they want in it either. We've only been developing that for 17 years!

What are your thoughts on the industry's progression in the short to mid term?

From our perspective, things are moving along the way we'd like them to. We'd like it to go faster – what happens, happens.

I reckon we're two or two-and-a-half years away from [enough automation] in the industry. Once you get out of shares and managed funds and stuff, there's not much. For example, there's not much for real estate at the moment, and a lot of funds are in real estate. There's nothing for exotic assets of any sort. And by the way, term deposits aren't there yet either. They're an absolute nightmare because if you're doing them as a bank feed you've got to do a new authority form for every one.

Now the banks may fix that in the next 12 or 18 months because they're moving all the authorisation processes into their internet banking – at least the majors are.

Probably the big change now is the ability for BGL to use big data to analyse the market. This is where things have really changed over the past six months. The big data is good for clients as it gives them instant analysis of their client data and also good for the industry.

The road ahead for SMSF technology 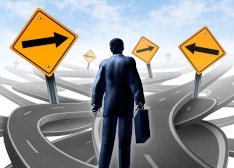 Written by SMSF Adviser
Last Updated: 08 December 2022
Published: 20 May 2016
You need to be a member to post comments. Register for free today