Is a tech upgrade worth the money?

Small businesses with expense pressures might put technology investment on the backburner, but experts say putting off an upgrade will be a bigger drain than most realise – and a compounding cost in the long run.

Any kind of upgrade, whether it be software or infrastructure-based, comes with a price tag. However, contrary to popular belief, prices are significantly lower than they were in previous decades – particularly the 1990s.

“The investment you need to make is a lot smaller these days and, secondly, a lot of the investment is not really an upfront cost any more; it’s more a subscriber-based model where you’re renting the technology,” said Mr Smith.

“So the big upfront outlay is not there.”

Further, it’s important to remember that the upfront cost can very well lead to genuine profit and productivity gains down the track.

“Their total IT spend might go up, but they might make a lot of savings as well. I heard anecdotally that the cost of […] a server sitting in a server room or a cupboard somewhere is about $12,000 per year in terms of power, maintenance, IT support etc,” said Superfund Wholesale director Kris Kitto.

“So you might end up paying an extra $10,000 for software, but if it’s cloud-based you’re not paying $12,000 for your server and you come out ahead. So, you’ve really got to spend a lot of time planning it out.”

For Class Super’s chief executive, Kevin Bungard, keeping up with the Joneses on the IT infrastructure and software fronts is a big part of maintaining business momentum – and failing to invest in the short term leaves businesses exposed to competition in the long run.

“You need to be paying attention to what is happening in the rest of your space. You need to be looking around and saying, ‘well, what’s everyone else doing?’ And if everyone else is moving to types of solutions that you’re not, then you need to question why,” Mr Bungard said.

IT infrastructure and software systems are designed to boost productivity and efficiency – once they are out of date, you achieving the core goals of the business becomes significantly harder, and ultimately a drain on your bottom line.

“All of this starts back at strategy. If you’ve set your strategy and you find the underlying technology platform you have can’t execute that strategy, that’s clearly a problem,” Mr Smith said.

“Second thing is that performance is key: you need things to be fast and efficient, and so you need to be looking at systems that enable that,” Mr Smith said.

He believes, for example, that giving employees multiple screens to work with has a direct impact on productivity.

“Three screens is optimum and some are even moving to four, but some firms will resist that because they’ll say, ‘I’ve got 20 staff – an extra screen on 20 people’s desks is going to cost me 20 times $200 and I can’t afford to spend that’,” he said.

“And yet, in my opinion, that would be a false economy because the cost of a $200 screen on someone’s desk, the amount of productivity you’d need to justify that screen is minimal.”

The consensus among those whom SMSF Adviser spoke to is that accountants are notorious for being cost-focused, and often struggle to justify massive upfront costs for what may not be an immediate gain.

“They look at everything from a business case point of view and go, ‘why would I spend money on this – what’s the return?’” said Mr Bungard.

However, technology upgrades need to operate and be seen as a strategic business asset for the transformation to work from a functional and cultural perspective.

“In other words, treat the technology as a strategic asset rather than a cost to the business,” said Mr Smith. “That’s the mental shift that people need to make.”

Is a tech upgrade worth the money? 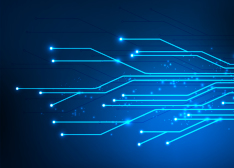 Written by Katarina Taurian
Last Updated: 08 December 2022
Published: 19 May 2016
You need to be a member to post comments. Register for free today