Tax specialists have welcomed the clarity brought to trust reimbursement agreements and Part IVA amendments by the Federal Court's Guardian AIT appeal decision but say the core question of what constitutes an “ordinary family or commercial dealing” has been left unresolved.

They say the tax office will need to rewrite its s100A ruling in the wake of yesterday’s decision, which largely rejected the ATO’s appeal, and say Canberra might even have to look at amended legislation.

CA ANZ said yesterday’s decision highlighted the importance in s100A of determining whether a reimbursement agreement existed at ­— or prior to — the time when a beneficiary was made presently entitled to the trust net income.

“On this point, the court (like the primary judge) accepted the evidence of those connected with the transaction, including the accounting firm advisers,” it said.

Tax specialist John Jeffreys said the court rejected the Commissioner’s arguments that there was an understanding between the taxpayer’s accountants (Pitcher Partners) and the client that the beneficiary (a company) would pay a dividend to a trust from funds that had been distributed to it by the trust.

“The court said that an agreement must reflect a common intention, or consensus existing between at least two parties. Because the beneficiary (a company) was repaying money to a trustee that had been sourced from a distribution from the trust, it had to be the case that the beneficiary (company) was a party to the agreement.

“The court held that the circumstances that occurred before the company beneficiary received the present entitlement only inferred some type of understanding.  It was not enough to constitute an agreement needed for the purpose of s100A.”

He said accountants could take comfort from the fact that the ATO cannot just argue that an agreement is implied or inferred.

“Guardian could be viewed as an s100A case confined to its facts about the existence of a reimbursement agreement, with more test cases desperately needed on the meaning of ‘ordinary dealings’.”

He said the complexity of the issue might prompt government invention.

“This section now requires pages and pages of ATO guidance to decipher, and an important threshold issue — the existence and timing of a reimbursement agreement — can be unclear. That could lead to discussions in Canberra about whether the policy objectives of s100A could be better achieved by amended, more objective legislation.”

“The ATO’s application of the section still relies on ‘the vibe’ to an extent that is unwelcome in a modern tax system,” he said.

“While the decision shows that the ATO will continue to attack trust arrangements with which it disagrees, we hope that the abandonment of some of the ATO’s ambit claims in the course of the appeal reflects a change that will be felt by taxpayers in audits also.

“Fewer wide-ranging claims and more targeted application of the law would be appreciated.”

BDO tax technical national leader Lance Cunningham said the ATO would need to rewrite some of the s100A ruling.

“The part of the decision that found Section 100A does not apply to the ‘washing machine’ arrangement will likely mean the ATO will have to revise its recently released ruling TR 2022/4,” he said, although the court decision did confirm that Part IVA would apply to such arrangements.

On Part IVA, Mr Jeffreys said recent amendments under section 177CB had removed a weakness from the ATO’s perspective.

“The court referred to sub-section 177CB(4) with approval and said that the primary judge should not have ignored the potential operation of Part IVA just because the proposed alternative would have involved the taxpayer paying higher tax.

“The ATO will be very pleased that a senior court has made this statement as the ‘there is no tax benefit’ argument was the Achilles heel of Part IVA as far as the ATO was concerned.”

He said the court had reinforced the recent Minerva Financial Group Pty Ltd v Commissioner decision and it was uncertain how this might impact distributions.

“It will be interesting to see how far the ATO takes these decisions when considering the hundreds of thousands of discretionary trustee distribution decisions that are made around 30 June each year. Often these decisions are made with a high degree of tax motivation.”

The ATO said the Commissioner was considering the Full Court decision in the Guardian AIT and Springer matters and had no further comment at this time. 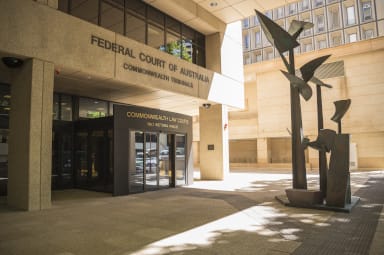