The NSW Supreme Court has made orders in relation to two caveats that were made as part of a succession dispute involving an SMSF.

The judgement, Brose v Slade [2022] NSWSC 1785, involved an application to extend two caveats that were lodged in the course of a farming family’s intergenerational succession planning dispute.

The dispute concerned five blocks of land which formed part of a farming enterprise originally operated by the defendants in a partnership known as the Slade Pastoral Co.

The father is the registered proprietor of three of those blocks called ‘Ostenleigh’, ‘Ozone Park’ and ‘The Reserve’.

All three blocks are subject to a caveat lodged by their daughter and son-in-law.

The trustee company of the SMSF is the registered proprietor of the other two blocks: ‘Gilgowrie’ and ‘Misery’.

These two blocks were also subject to a caveat lodged by Kellie and Gareth.

The daughter and son-in-law claimed that the defendants held the land on constructive trust for them.

The main basis for that claim was a Deed of Family Arrangement (DOFA) and the representations made in it.

As part of the purported implementation of the DOFA, the plaintiffs were later admitted into the partnership.

The DOFA contemplated that by 1 July 2026, the parents would have retired and that the plaintiffs will have become owners of the land and related farming enterprise as the only partners in the partnership.

Relations between the parties began to break down from around 2019.

The father transferred Gilgowrie and Misery to IJAAMOTT as trustee of the couple's SMSF.

The letter also stated that the plaintiffs wished to appoint an administrator to wind up the partnership.

The parties agreed that the partnership was at an end but differed as to the legal basis for that result.

On 29 July 2022, a clearance sale occurred at Ostenleigh which raised approximately $2 million that was paid into the partnership account.

On 20 October 2022, lapsing notices were served in relation to each of the caveats.

Both contracts provide for settlement to occur on 2 February 2023. The combined price payable under the two contracts is slightly more than $10.1 million.

The plaintiffs, the daughter and son-in-law, sought an extension of the caveats by notice of motion filed in November 2022.

The plaintiffs submitted that they had an arguable case for a common intention constructive trust which would be given effect by an order transferring the land to them.

There were arguments about the meaning and effect of certain parts of the deed of family agreement including the plaintiff’s contention that the transfer of the land was intended to occur against the background of the continued operation of the partnership, as opposed to the land being the subject of a sale with some additional consideration to be provided by the plaintiffs.

Justice Kunc said this was a matter for trial and demonstrated a serious question to be tried.

He also said the court accepted that the balance of convenience favoured the extension of the Slade land caveat.

“If it is not extended, this would have the certain consequence of summarily terminating the plaintiffs’ proprietary claim to the Slade Land, being a claim which the Court has found has or may have substance,” he stated.

“When compared to the certain summary termination of the plaintiffs’ proprietary claim, how detrimental the extension of the Slade Land Caveat would be for the defendants is, on the evidence, far less certain, for reasons which I will next set out.”

Justice Kunc stated that there was no evidence from the purchaser as what may happen to the contract for sale.

“Nor does [the first defendant] say anything on that topic. His is fearful of the loss of the present sale, but there is no evidence before the Court that enables the likelihood of that assumption proving true to be assessed,” he stated.

“In my respectful view, in the absence of evidence, for the Court to conclude that the sale at the current price will be lost forever would be speculation. There is obviously a chance it may be lost, but how great that chance cannot be assessed.

“It has certainly been my experience both at the bar and on the bench that an inability to complete a contract for the sale of land pending third party legal proceedings does not always lead to termination of the contract.”

He also noted that first defendant had taken a calculated risk in entering into the contract for sale of the Slade Land with knowledge of the plaintiffs’ claim and these proceedings having been commenced.

The court confirmed that the current order extending to the Slade Land Caveat under further order and granted leave for the plaintiffs to file a fresh caveat in relation to the land held by IJAAMOTT.

In regard to the IJAAMOTT Caveat, Justice Kunc said the court was satisfied that the alleged common intention constructive trust over the land may have substance.

The balance of convenience considerations relating to the Slade Land Caveat also apply equally in favour of permitting the fresh caveat to be filed over the blocks held by the SMSF trustee, he said. 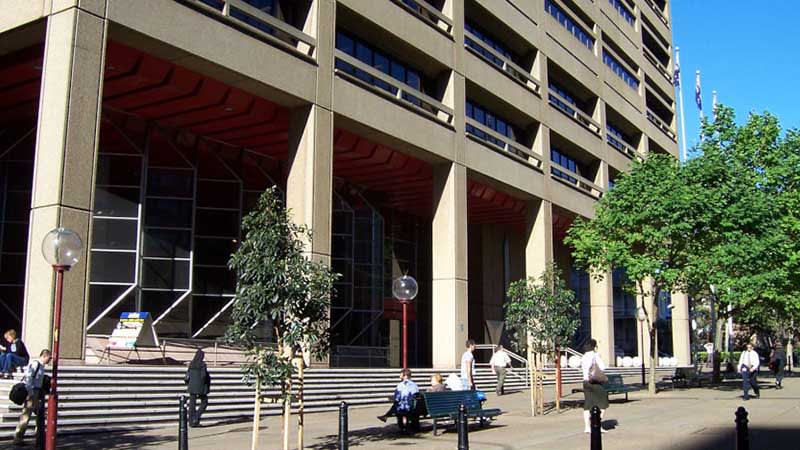