The government’s continued focus on modernising business communications and registers alongside its plans for the SIS laws are expected to precipitate substantial change this year, according to a technical expert.

Speaking in a recent SMSF Adviser Show podcast, Smarter SMSF chief executive Aaron Dunn said for several years now the government has been working towards modernising business communications and registers in order to allow a technology-neutral approach across different acts and regulations.

Back in April 2021, the government announced it would establish a whole of government registry platform which would bring together ASIC’s 31 business registers and the Australian Business Register on to a new system at the ATO.

Last year, the government also passed the Corporations Amendment (Meetings and Documents) Bill 2021, which allows companies to be able to execute certain documents such as deeds in what is referred to as a technology neutral manger.

The government then introduced Treasury Laws Amendment (Modernising Business Communications and Other Measures) Bill 2022 into the House of Representatives in November last year.

The bill, once passed, will build up the Corporations Amendment (Meetings and Documents) Act 2022, which was passed in March.

The bill intends to further amend the Corporations Act 2001 to provide that all documents which are required or permitted to be signed electronically or in wet ink will be technology neutral.

“Extending the application of the rules means that a document will be validly signed if it identifies the person signing the document, indicates their intention to be bound by the document and the method of signing is appropriate in all the circumstances,” Mr Dunn said late last year.

“The extension of the rules also means that a person may sign or execute the document in one or more capacities by signing the document only once if that person’s signature block states each capacity in which they are signing; and the document does not need to be signed on paper, parchment or vellum or meet common law delivery requirements to be validly executed.”

The next part of the government’s plans in this area, said Mr Dunn, will be to modernise the way Treasury Laws are dealt with in terms of electronic execution, including certain SMSF documents.

“There are things within the superannuation laws that the government is looking to make changes to that will allow for a technology neutral approach to ensuring compliance with different parts of the acts and regulations.”

“This is something that will see fairly significant change in 2023.”

Treasury began consulting on its plans to bring Treasury portfolio laws into the technology neutrality framework in early 2022 — a process which Mr Dunn was involved in.

“Having been involved with this throughout 2022, we will hopefully see this in bill format in the not too distant future,” he stated.

Mr Dunn said last year that during the consultation process, there has been a lot of deliberation around whether there should be a straightforward process that wouldn’t require witnessing for testamentary documents such as BDBNs.

Mr Dunn said there are some potential concerns with elder abuse that have been raised and the fact that advanced technology in this way may create outcomes that weren’t necessarily intended by expanding electronic execution to these types of testamentary documents.

“By and large, and we’re looking at electronic execution for things that are in the SIS Regulations. So financial statements and things like the in-house asset rules where section 82 requires a plan to be provided. That cannot be done in any other form other than wet ink as it currently stands.”

“We also have requirements around the duty to keep minutes and records. We have five-year and 10-year requirements. There’s an opportunity here to think about time frames of retention for certain documents, even where we think about decisions around changes of trustees and other things that require a minimum of 10 years. In an electronic time frame, should there be something that requires that to be presented for much longer and are there other documents that should be much shorter?” he questioned. 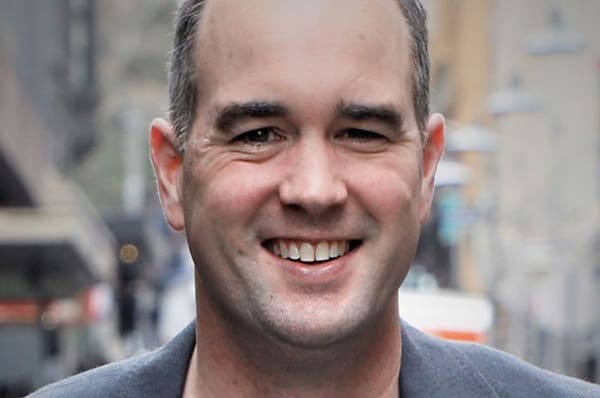 Written by Miranda Brownlee
Last Updated: 19 January 2023
Published: 20 January 2023
You need to be a member to post comments. Register for free today
News