The Full Federal Court has dismissed an appeal against an earlier court decision examining the distribution of a death benefit and the definition of a dependant.

In March last year, the Federal Court of Australia upheld a decision by the trustee of a super fund to distribute a superannuation death benefit to a member’s estate in a case examining the definition of a dependant.

The case, Wan v BT Funds Management Limited [2022] FCA 302, involved a dispute over a trustee’s decision to distribute the entire death benefit to the deceased’s estate.

The deceased held his superannuation benefits in an Asgard account managed by BT Funds Management Limited. Each of his annual member statements recorded a nomination by the deceased of his estate as the sole beneficiary of his death benefit.

The final will made by the deceased in May 2017, provided that his residuary estate be distributed in equal shares to Jing Wan, the applicant in the case, his former partner and the son of his former partner, the third respondent in the case. While the deceased had made a nomination for his estate to be the sole beneficiary of his death benefit, he had not made a binding death benefit nomination.

The trustee determined that it was appropriate to distribute 100 per cent of the death benefit to the deceased’s estate.

Ms Wan made a complaint to AFCA in May 2019 claiming that the death benefit should be paid to her. The trustee did not accept that she was a dependant of the deceased as she was not a de facto spouse or in an interdependency relationship with the deceased.

It was also submitted that AFCA should have construed “dependant” broadly, considering the personal and emotional dependency of Ms Wan, particularly in circumstances where dependant was not defined in the trust deed.

Justice Anastassiou was satisfied that AFCA had considered relevant evidence in relation to financial support provided to or by the deceased or evidence that the deceased’s residence was a common residence.

He dismissed the appeal, concluding that AFCA had made no legal error in its finding that the trustee’s decision was within power and fair and reasonable in its effect, having regard to the interests of the applicant as well as to those interests of other parties joined to the complaint.

In a recent appeal, Ms Wan advanced a number of grounds of appeal from the orders made by the Federal Court in Wan v BT Funds Management Limited [2022] FCA 302.

Ms Wan contended that AFCA had erred in law by failing to conclude that she was a de facto spouse of the deceased or in an interdependency relationship with him at the time of his death.

She submitted that had it been determined that she was the spouse of, or in an interdependency relationship with, the deceased at the time of his death she would have been an object for distribution of his death benefit by the trustee.

She submitted that the primary judge in the March decision had erred in failing to give proper, genuine and realistic consideration as to whether she was in an interdependency relationship with the deceased immediately prior to the deceased’s death.

In support of her argument that a wider construction should have been given to the term ‘dependant’, Ms Wan referred to the fact that she was living rent free with the deceased whilst being in a close personal relationship with him and providing emotional support.

She stated that these facts should have been sufficient to establish that she was a dependant of the deceased within the ordinary meaning of the word.

In his decision, Justice McEvoy said there were various difficulties with this ground of appeal given that the Authority’s determination made it clear that the appellant made her claim on the basis that she was the de facto spouse of the deceased member at the date of his death or in an interdependency relationship with the deceased and that she was a partial financial dependant of the deceased.

“The Authority was not asked to consider any broader form of dependency other than financial dependency,” noted Justice McEvoy.

“It was only before the primary judge, after the Authority had made its determination, that the appellant raised the issue of emotional dependency, or any other broader basis for her claim in the context of the inclusive definition of dependant in s 10 of the Superannuation Industry (Supervision) Act 1993 (SIS Act)

The Authority, entirely properly, conducted its assessment on the basis of the claim made and within the parameters which delineated that claim.”

Justice McEvoy said it was unnecessary in this appeal to come to any conclusion about whether the definition of “dependant” in s 10 of the SIS Act should properly be taken to extend to a further category of emotional and other dependence as contended for by the appellant.

However, he supported the views expressed by Justice Anastassiou in the earlier decision who said that “such an extended definition of “dependant”, untethered to any complementary definition in the relevant Trust Deed, may be problematic”.

“The concept of emotional dependency, while no doubt real and meaningful psychologically, is undoubtedly a spectrum so broad and intangible that it would be vague, meaningless and uncertain if imported into the meaning of dependant under the trust deed, at least without a separate definition of emotional dependency,” Justice Anastassiou stated in the March decision.

“The forensic, analytical and practical issues that a trustee would confront if required to determine whether a person was emotionally dependent are so legion that in the absence of an express inclusion of emotional dependency, it may be strongly inferred that is not the kind of dependence to which the trust deed refers.”

Justices McEvoy, Markovic and McElwaine found that the grounds of the appeal had failed and dismissed the appeal. 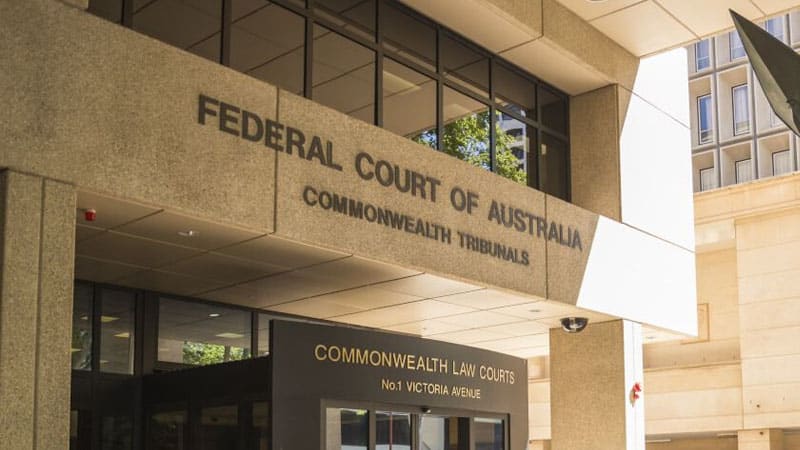 Written by Miranda Brownlee
Last Updated: 11 January 2023
Published: 12 January 2023
You need to be a member to post comments. Register for free today
News