The NSW Court of Appeal has granted an appeal against previous court orders relating to caveats over a property.

In late November, the Supreme Court of NSW dismissed proceedings brought by an SMSF trustee, KPE Superannuation Fund Pty Limited, against a property developer in a case examining whether a deed of agreement was binding.

The case, KPE Superannuation Fund Pty Limited v Two Tempe Holdings Pty Ltd, involved a dispute about whether an instrument or ‘deed of agreement’ between an SMSF and another party was binding. The deed of agreement was connected with a property joint venture.

KPE Superannuation Fund had purchased units in a unit trust called the QRM Unit Trust. QRM Holdings, the trustee of the trust entered a contract to purchase a property at Tempe, NSW for $7,400,000. The contract was never actually completed and the vendor rescinded the contract.

The sole director of QRM Holdings, Simon Quinn, told the directors of the SMSF trustee, Paul Ellems and his wife, that they would need to contribute around 800,000 as he was unable to secure a loan for the whole amount.

Following this, Mr Ellems told Mr Quinn that KPE did not wish to continue its involvement with the project and wanted to exit the trust. Mr Quinn proposed that KPE sell its units in the trust.

While there was a unit sale agreement and a deed were drafted, there was a dispute between the parties about whether these had actually been delivered and were therefore binding.

Justice Richmond concluded that Mr Quinn delivered the deed and the unit sale agreement in escrow, the condition being that they would be bound by those deeds on KPE contributing its share of the funding shortfall of $830,984.64 so that the completion of the contract could occur.

“As that condition was not satisfied and is not capable of being satisfied, neither the deed nor the unit sale agreement is binding on Two Tempe or Mr Quinn,” Justice Richmond stated.

Following the decision, Mr Quinn sought orders for the KPE Superannuation Fund to withdraw two caveats that were lodged in respect of land at Jindabyne, NSW, which is owned by Mr Quinn.

The first KPE caveat claimed an interest in the Jindabyne property under an equitable charge contained in clause 2(c) of a Deed of Agreement dated 5 June 2020 which was subject to the November judgement.

The second KPE caveat was filed on 25 November. KPE Superannuation Fund claimed that under clause 6.3(a) of the unitholders agreement dated 10 October 2019, the Registered Proprietor granted a charge in favour of the Caveator over the land to secure repayment of a loan advanced by the Caveator under the terms of that agreement.

The charge claimed in the second KPE caveat related to a unitholder loan made by KPE to the Trustee and arises under clause 6.3(a) of the unitholders agreement.

In January 2020, KPE had advanced a unitholder loan of approximately $1.1 million to the trustee, pursuant to the unitholders agreement.

Under clause 6.3(a)(ii), Mr Quinn granted to KPE an equitable charge over the Jindabyne property to secure the repayment by the Trustee of KPE’s unitholder loan. Under clause 6.3(a)(iii), KPE was permitted to lodge a caveat in respect of the Jindabyne property from the date of the agreement up to the date when “a Heads of Agreement was entered into in respect of the Tempe property to the reasonable satisfaction of KPE”.

Clause 6.3(a)(iv) stated that if a caveat was lodged then it must be withdrawn within five business days of such a heads of agreement being entered into.

Under clause 6.3(a)(v), Mr Quinn agreed not to object to the registration or existence of the caveat or, prior to the date such a heads of agreement was entered into or seek to have it removed.

There was a dispute as to whether a heads of agreement was ever entered into in respect of the Tempe property to the reasonable satisfaction of KPE.

(a) A registered mortgage to AFSH Nominees Pty Ltd. The amount outstanding under this mortgage (which takes priority over all the other security interests) is approximately $467,347.47.

(c) A caveat lodged by GI 417 Pty Ltd (GI 417) on 22 November 2022 claiming an interest under a charge by virtue of an agreement between GI 417 and Mr Quinn identified as including a facility summary dated 3 August 2022 and a registered memorandum of common provisions.

The caveats lodged by the Australian Secure Capital Fund and GI 417 Pty Ltd were both lodged before the second KPE caveat.

On around 21 July 2021, Certane CT Pty Ltd, as custodian for the Australian Secure Capital Fund, entered into a loan agreement for a facility of $5.4 million for the purpose of facilitating a purchase of land at Tullimbar, NSW.

Mr Quinn gave a guarantee to Certane secured by charge given by him over all his assets, including the Jindabyne property.

On 23 August 2022, Certane lodged a caveat on the Jindabyne property. The amount outstanding under the Certane facility is at least $5,567,069.

Justice Richmond concluded that there should be an order for the removal of the first KPE caveat for two reasons.

“First, as a consequence of the [November] Judgment, KPE cannot establish an entitlement to the interest claimed in that caveat under the 2020 deed,” he explained.

There was a dispute between the parties as to whether this alternative security would provide adequate security to KPE for the amount of KPE’s unitholder loan.

Based on the evidence in the application, Justice Richmond was satisfied that there was sufficient equity in the Warners Bay property even after the proposed Fincore financing, to secure the amount of KPE’s unitholder loan.

Justice Richmond also noted the KPE’s delay was a significant matter in the case.

“The delay in lodging the second KPE caveat is very significant. It was not lodged until 25 November 2022, which is more than three years after the unitholders agreement was entered into which expressly permitted KPE to lodge a caveat in respect of the equitable charge securing KPE’s unitholder loan immediately,” he stated.

“The significant delay by KPE is a factor which, in the balance of convenience, favours the withdrawal of the second KPE caveat because it is delay where a third party (Certane) has acquired an interest in the land in July 2021 which gives rise to a realistic prospect that this third party can maintain that its claim takes priority over that of KPE.”

Justice Richmond also stated that there was a real risk of serious prejudice to Mr Quinn if the second KPE caveat was not withdrawn.

“It is likely, if it remains, that the Certane facility will not be refinanced with the consequence that Certane is likely to appoint a receiver over the assets of Mr Quinn, including the Jindabyne property,” he stated.

“That will potentially trigger events of default under other loan facility agreements for which Mr Quinn is a guarantor. Further, given the competing security interests in the Jindabyne property, there is no certainty that this will benefit KPE.

Justice Richmond stated that weighting all the matters, in particular the alternative security was offered, the balance of convenience favoured the withdrawal of the caveat subject to certain undertakings provided by Mr Quinn. The order to withdraw the second caveat was stayed until 23 December 2022.

Decision by Court of Appeal

In late December, the Supreme Court of NSW - Court of Appeal overturned the orders made in the Equity Division on 14 December 2022 and dismissed Mr Quinn’s noticed of motion.

Justice Robert Macfarlan noted that while Mr Quinn had sought to provide KPE with alternative security, the evidence did not in his view justify any confidence in the security being adequate to satisfy KPE’s claim.

“I add that no other aspect of Mr Quinn’s proffered undertakings to my mind establishes the availability to KPE of adequate alternative security,” stated Justice Macfarlan.

“In my view, the balance of convenience favours KPE and it should not therefore be ordered to withdraw its caveat lodged in relation to the Jindabyne property. KPE has at least a strongly arguable claim to a charge ranking in priority to Certane’s charge. It has offered the usual undertaking as to damages and demonstrated that it has a significant, relevantly unencumbered, property to which resort should be able to be made in the event that the undertaking is required to be made good.” 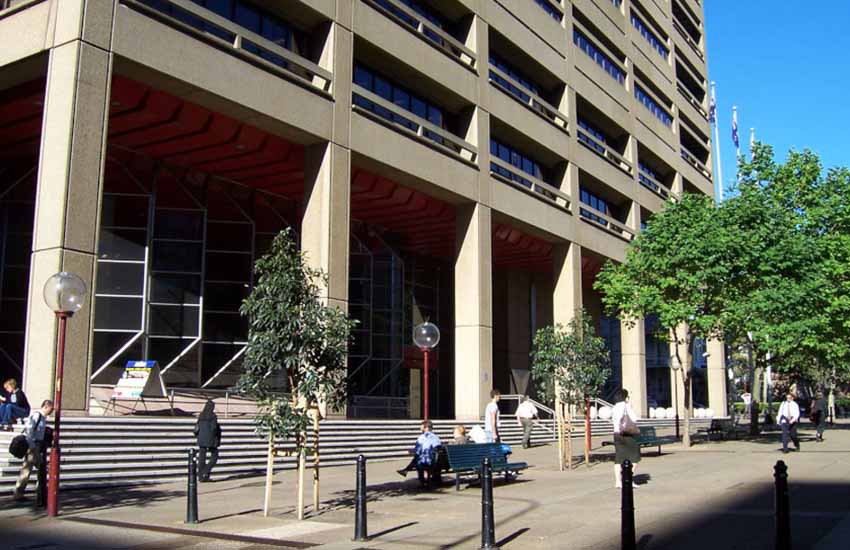 Written by Miranda Brownlee
Last Updated: 09 January 2023
Published: 10 January 2023
You need to be a member to post comments. Register for free today
News