An SMSF specialist law firm has outlined some of the steps that can be taken where an SMSF deed chain may be broken.

DBA Lawyers has relaunched its SMSF lost deed service which reviews existing documents for SMSF clients and advises trustees on what options are available where there are issue with the chain of deeds.

DBA Lawyers director Daniel Butler warned that a lost deed can undermine the activities of an SMSF and that being able to trace the fund’s history through the deeds, which govern how the fund is managed, is fundamental to protecting a trustee from challenge.

“A trustee that is unable to prove the fund’s entire deed history through an uninterrupted chain of deeds, is vulnerable to legal challenge,” warned Mr Butler.

Almost all SMSF strategies and arrangements, he explained, rely on a ‘firm foundation’ being the trust deed and governing rules.

“Like a house, unless you have a firm foundation, the house may prove shaky and be blown down by rough weather or the ‘big bad wolf’ (an aggrieved beneficiary in respect of a death benefit),” he warned.

“Having a robust deed is very important for many SMSF strategies including pensions, binding death benefit nominations, and determinations of who eventually gets control of the fund on death, separation of a relationship, and in a dispute.”

In order to rely on current governing rules, an SMSF’s prior deeds, rules, and changes of trustee all need to be demonstrably validly prepared, witnessed, executed, and, if necessary, stamped, in compliance with prior variation powers, relevant consents, and appropriate legal formalities, said Mr Butler.

“All these formalities must have been complied with in the document trail otherwise the SMSF’s governing rules may be invalid and ineffective,” he cautioned.

However, where the trust deed is broken, there are steps that can be taken to strengthen the trustee’s current standing and rebuild the foundation, he advised.

“Where there is a lost deed, an exhaustive search should be undertaken to find it or gather any evidence that may relate to the existence and contents of the prior deed,” he said.

“Such evidence may include a copy of the lost deed, a reference to it or decisions evidently made pursuant to it. Some suggested ways to locate a lost deed include:

Mr Butler said trustees can approach the relevant Supreme Court and seek a declaration that the trustees can continue to administer the fund on the basis of the available document trail.

“If successful, this will give the trustee a clear idea of what the governing rules are, what is within and outside their grant of power and protect them from challenge on the basis of the lost documentation,” he said.

“However, practically many SMSF trustees are reluctant to spend the considerable time, money (typically exceeding $30,000 + GST) and effort required to approach the court and endure the stress that this entails.”

It may also be possible to address the issue through new documentation, said Mr Butler.

“When you order an SMSF deed update you can notify us that you cannot provide the most recent deed (i.e., it’s a ‘lost deed’) and we can provide new governing rules and add additional parties to the deed to minimise future risk,” he said.

“A trustee might choose this option as it might bind the other signatories to the agreement that even though there may have been a previous break in the SMSF’s chain of documents, all parties are content to move forward with the current trustee and the new governing rules.”

This approach might reduce the ability of the other signatories from contesting this point later on, however it does not completely remove the possibility, nor prevent other third parties contesting the matter later on, he cautioned.

Another option is a deed of confirmation to confirm a lost deed, he explained.

“This service is appropriate where there is a lost deed but there may be evidence relating to the deed that you would like confirmed. For example, you have a standard template SMSF deed or governing rules supplied by the supplier who supplied the lost deed around the time the lost deed was supplied,” he said.

Mr Butler said that remedying any issues in a timely manner is often far more cost and time effective than being exposed to legal challenge, ATO scrutiny or other risks. 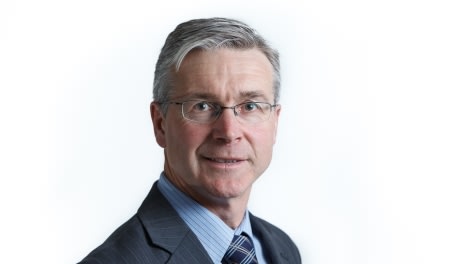 Written by Reporter
Last Updated: 08 December 2022
Published: 30 November 2022
You need to be a member to post comments. Register for free today