With recent private binding rulings from the ATO suggesting it is possible to make a withdrawal from super shortly before death and have it treated as a member benefit, a law firm has highlighted some critical issues to be aware of.

In a recent article, SMSF services provider SuperCentral said that a recent private binding ruling from the Commissioner, PBR 1051988780639, suggests that it’s possible to make a last minute withdrawal before death and have the payment treated as tax-free even if the payment was made after death.

The ATO also recently issued, PBR 1052002906874, examining a similar issue regarding the payment of benefits out of super shortly before death.

However, where clients are planning to do this and there is a pension involved, SuperCentral said it is very important to consider whether the member had an unconditional right to fully cash out the pension

It will also need to be clear that the member effectively exercised that right before they died, the firm added.

SuperCentral gave an example of Tarquin, an SMSF member who has three independent children. His wife died some time ago.

“Tarquin is receiving a pension from his SMSF and is currently drawing down $60,000 per year. His pension balance is about $1,500,000. When he first commenced the pension, the tax-free percentage of each pension payment was set at 10 per cent with the taxable balance being 90 per cent,” SuperCentral explained.

Tarquin has been actively involved in the management of his SMSF for many years and director of the corporate trustee.

His co-director is his brother, Gaius Julius. Tarquin has a binding death benefit nomination in place providing that on his death his benefit will be divided equally between his three children.

“Tarquin is aware that super benefit has a taxable portion of 90% and so, consequently, on his death the pension will be commuted, the pension balance will revert back to accumulation phase and then be paid as a lump sum to this three children,” the firm explained.

SuperCentral said it may be possible for Tarquin to have an arrangement already in place which would operate to withdraw his entire super balance shortly before his death and be payable to him.

The SMSF services firm explained that Tarquin would have to prepare and sign but not date, a full cashing request in respect of his pension and the payment as a lump sum of the pension account balance to him.

“This will be the case even if Tarquin dies after the full cashing out request has been received by the Trustee and before the benefit has been paid,” it stated.

“In this event, the Trustee would transfer $1,500,000 to Tarquin’s bank account without any deduction on account of tax. The $1,500,000 in the bank account would form part of Tarquin’s estate and then be allocated as specified in his will. As his will specifies the estate to be paid equally to this three children [and] they will each receive $500,000. This $500,000 is tax-free in their hands.”

SuperCentral said the critical issue is whether Tarquin has an unconditional right to fully cash out his pension and whether he effectively exercised that right before he died.

“Having served the cashing out request on the Trustee before he died clearly shows the exercise of this right. Upon service of the full cashing request, Tarquin has the legal right to the immediate payment of his pension balance,” the firm stated.

SuperCentral explained that where a member had an unconditional right to fully cash out their pension and effectively exercised that right before death, this means the payment will be considered a member benefit for the member.

“No tax is required to be deducted from that payment by the Trustee and the payment will not be taxable,” it said. 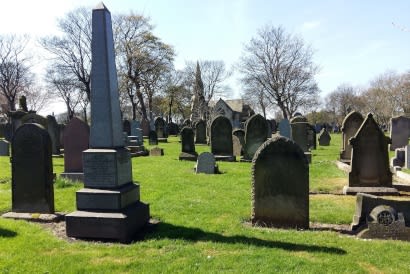 Written by Miranda Brownlee
Last Updated: 13 November 2022
Published: 14 November 2022
You need to be a member to post comments. Register for free today
News