The Victorian Court of Appeal has ordered the removal of a trustee from a family trust in an appeal from a previous decision.

The trust deed, in conventional form for a family trust of its era, conferred discretionary powers on the trustee for the distribution of the net income of the trust in each accounting period.

In default of an appointment of income or a resolution to accumulate, the trust deed provided that the net income would be held on trust for each of the children in equal shares.

The assets of the trust — and the income derived from them — were substantial, with an estimated value in the order of $23 million and an annual income in the hundreds of thousands of dollars.

In each of the financial years ending 30 June from 2011 to 2019, the trustee distributed all of the net income. With one exception, the distributions showed that 40 percent of the income went to John and Michael, and the remaining 20 percent to Eva.

Deborah and Paul commenced a proceeding in the Trial Division of the Supreme Court of Victoria against the trustee, to which Michael was later joined.

They challenged some purported variations to the trust deed that altered the identity of the guardian and appointor under the deed.

They also sought declarations that there had been no distributions of income under the trust deed, with the aim of establishing that the income was therefore held on a fixed trust reflecting the trust deed’s default position in the event of a failure to distribute income for an accounting period.

Third, they sought declarations that, if there had been distributions, the trustee had failed to give real and genuine consideration to the objects under the trust, with the consequence that the distributions were made in breach of trust.

The pleading covered the years 2010 to 2019. Amongst other things, Deborah and Paul also sought the removal of the trustee on the basis of the alleged breaches they pleaded, and a declaration that the appointment of Neville Sampson as a director was void.

The judge for the trail division accepted a limitation defence pleaded by the trustee that meant that the income years in issue were confined to the years 2015 to 2019 inclusive.

The judge held that the purported variations to the trust deed were invalid.

However, the judge declined to remove the trustee.

The applicants make the same complaint about 2019, which is the second issue. In addition, the applicants contended that the distribution to John in 2019, by which 100 percent of the income went to him, was so ‘grotesque’ as to show that the trustee’s discretion had miscarried.

The third issue concerned the appropriate relief where a court finds that there has been a failure by the trustee to give real and genuine consideration to the position of a potential beneficiary. The applicants submit that in respect of the three years where the judge found a breach of duty, and on the assumption they succeed in the Court of Appeal in relation to 2017 and 2019, then in respect of all five years, the appropriate relief is to set aside the distributions on the basis that they are void or invalid.

In that event, they sought an order that the trustee pay them the relevant amounts reflecting a one third share of the net income for each year in respect of which there is found to be a failure to give real and genuine consideration.

In relation to the first issue, the Court found that while the terms of the trust deed provided broad discretion to the trustee in terms of distributing net income in each accounting period, it noted that the discretionary power is not without bounds.

Judges Kyrou, Niall, and Walker stated that the nature of the trust and the terms in which the power is expressed is important in determining the matters to which a trustee must have regard to in the exercise of power.

“In considering the nature of the power to distribute annual income, the starting point must be the nature and purpose of the trust having regard to the terms of the trust deed. The trust deed is by settlement, and as the preamble records, the settlor settled the sum ‘being desirous of making provision for the Primary Beneficiaries and the General Beneficiaries,” the Court noted.

Given the terms of deed, the judges said it would have been expected that the class of beneficiaries would primarily revolve around the three Owies children.

“An obvious, but unstated, premise on which the trustee would be expected to discharge its duties is that it would generally be informed about the differing circumstances, needs, and desires of each beneficiary as an incident of the familial bonds that underpin the trust and explain its purpose,” the judges stated.

“It is not to be supposed that, when those familial bonds become strained or broken, the purpose of the trust to provide for the family as a whole would change or that the trustee would be relieved of the obligation to properly inform itself.”

The Court noted that the failure to give real and genuine consideration to Paul and Deborah was made more obvious by the extreme nature of the distribution made in 2019.

“The decision in 2019, after Eva’s death, to appoint 100 percent of the income to John is remarkable. He was by then aged 96, was in full time residential care, and had no need for the income. He had loan accounts with the trust for millions of dollars, generated from earlier distributions to him,” it stated.

“In our view, the distribution in 2019 is so extreme and without any evident justification that it provides an additional factor that demonstrates that the trustee exercised its discretion under clause 3 without real and genuine consideration of the position of Paul and Deborah,” the judges stated.

“Taken as a whole, we are satisfied that the trustee did not give real and genuine consideration to the position of Paul and Deborah in any of the relevant years. As already noted, that conclusion accords with that of the judge for 2015, 2016, and 2018 (in relation to Deborah only). We would go further than the judge and uphold the challenge for 2017 and 2019 for Deborah and Paul.”

However, the Court found that the breach of trust in failing to give real and genuine consideration to the exercise of the power rendered the distributions made to John, Eva, and Michael voidable rather than void.

As no order was sought that those distributions be set aside and no challenge was made on the appeal to the judge’s decision to refuse leave to amend the pleading to seek such relief, the court was not able to grant orders that the trustee pay them one third of the annual income for the years in which their was a breach of trust.

The Court determine that the trustee should be removed and an independent trustee be appointed. 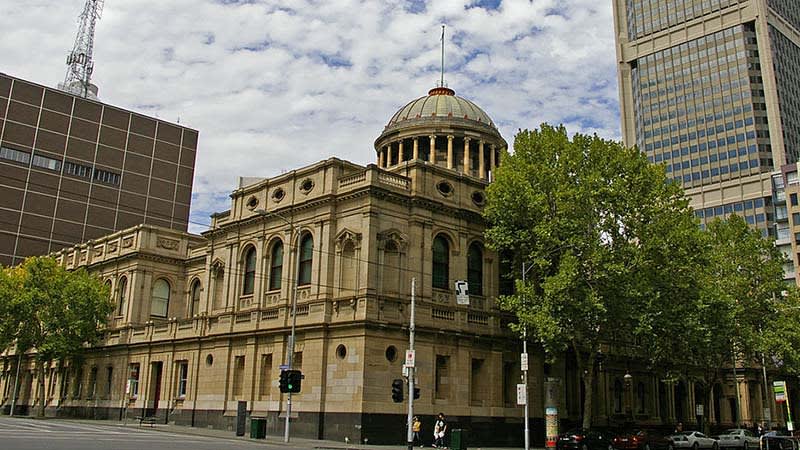