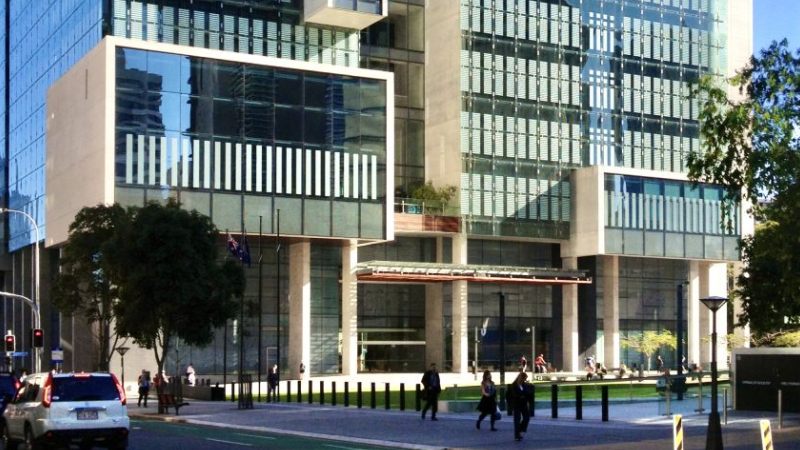 The Supreme Court of Queensland has made orders in a case involving investments by SMSFs in a property development.

Towards the end of 2016, the corporate trustees of five SMSFs bought shares in a company called Omicron Investment Holdings.

Omicron entered into a joint venture to develop a block of residential apartments at 1 McConnell Street, Bulimba, with a company called 1 McConnell Pty Ltd in August 2016. Omicron’s contribution to the joint venture was to raise $5 million by the issue of shares.

It engaged financial services provider ISG to prepare an information memorandum regarding the offer of these shares for sale. The role of 1 McConnell in the joint venture was to raise the bulk of funding for the development and to carry out the development.

According to the judgement, the information memorandum said that 1 McConnell would raise money from a bank to carry out the development. It did this, raising around $11 million from the National Australia Bank and giving that bank a first mortgage over the land in Bulimba, Queensland. The information memorandum also stated that 1 McConnell might raise extra funds by way of mezzanine funding. It did not do this.

However, before the Joint Venture Agreement was entered into, 1 McConnell did borrow an amount of $1.1 million from JSKS Enterprises Pty Ltd (JSKS). The loan was unsecured and expressed to be for a period of five weeks. If it were not repaid within the five weeks it was to attract interest at 15 per cent per annum.

Gary Seaton controlled JSKS. He was the father‑in‑law of the director of 1 McConnell, Mr Christian De Lloyd. Mr De Lloyd was associated with a financial services firm, De Lloyd Private Wealth Pty Ltd (DLPW). The JSKS loan was not repaid by 1 McConnell. It was not mentioned in the information memorandum.

The development in Bulimba was not successful. On 18 May 2018 1 McConnell granted a second mortgage over the land to JSKS to secure repayment of the JSKS loan. Less than a month later JSKS sold the land as second mortgagee. The proceeds of sale paid out the NAB loan and paid some, but not all, of the monies owing to JSKS. The shares the complainants had bought were valueless.

The corporate trustees of the SMSFs lodged a complaint to AFCA stating that if they had known about the JSKS loan, they would not have invested.

The directors of the corporate trustees said they had been misled because the information memorandum was silent in relation to the JSKS loan.

Each of the AFCA determinations found that ISG had engaged in misleading and deceptive conduct contrary to s 1041H of the Corporations Act 2001 and that ISG (and, where joined, De Lloyd Private Wealth Pty Ltd (DLPW)) each ought to pay a proportion of the monies invested to the complainants.

Complaints by ISG about the AFCA determinations

ISG made nine complaints about the proceedings and decisions by AFCA, outlining that there were issues with the way that four of the SMSFs lodged their complaints with AFCA.

The corporate trustees of these SMSFs contacted a law firm, TGA Legal Pty Ltd, and the law firm filled out the AFCA online complaint form in relation to each complaint.

Unfortunately, on the part of the form which enquired after ‘complainant details’, TGA Legal inserted, not the name of the superannuation fund’s corporate trustee, but the name of the person from whom the firm presumably took instructions.

TGA Legal also submitted a written letter to AFCA on behalf of each of the four complainants, which made it clear that the complainant was the corporate trustee of the super fund.

Unfortunately, the formal cover page of both AFCA’s recommendation and then its determination lists the name of the individuals on the complaint form, rather than the names of the corporate trustees of the SMSFs.

ISG submitted that this raised a considerable difficulty having regard to the AFCA rules.

Justice Jean Dalton noted that with all four cases, the text and the reasons for the decision confused the identity of the complainants.

However, Justice Dalton stated that despite the mixture of information provided to AFCA, it “was sufficiently plain” the the complainant in each case was the corporate trustee of the super fund.

ISG also claimed that AFCA had not accorded it procedural fairness by failing to provide access to relevant information before each of the complaints were determined.

In relation to the corporate trustee, A & P Jha Pty Ltd, the court considered three documents which were not disclosed to ISG.

One of these documents was a note which the preliminary decision maker engaged by AFCA, Mr Moura, had made of a telephone conversation he had with Dr Jha, the director of the corporate trustee.

In the note Mr Moura explains that Dr Jha said that he moved to Brisbane in 2012 and met Christian De Lloyd who became his accountant. Christian De Lloyd helped Dr Jha and other doctors set up their self-managed superannuation funds.

The note stated that:

The note also stated that Dr Jha had said that he had “trusted [Christian De Lloyd’s] recommendation, didn’t have time to read the paperwork, but trusted the investment and agreed to invest the same day it was presented”.

AFCA argued that as the note was a document prepared by AFCA staff, it was not required to be provided to ISG. Rule 10.3 gives AFCA discretion as to whether or not to exchange documents prepared by its staff.

Justice Dalton stated that a note such as this which is the complainant’s record of events should have been disclosed.

“The file note itself records that Dr Jha was too busy to email Mr Moura, so Mr Moura rang to obtain his version of events and made a note. In substance, the note was a statement from Dr Jha and ought to have been disclosed,” she stated.

“I find that ISG was denied procedural fairness because AFCA did not disclose the documents. With the benefit of submissions as to what to make of [these documents], the decision maker could have reached a different outcome, including because he may have been persuaded to seek clarification from Dr Jha before determining the matter.

“My concerns about lack of procedural fairness are amplified because the logic of the reasons for determination as to reliance, causation, and apportionment of liability for A & P Jha Pty Ltd’s loss is poor […]. In my view, this non‑disclosure is a sufficient infraction of AFCA’s contractual requirement to provide procedural fairness that the determination is invalidated.”

In terms of the other four corporate trustees, Justice Dalton determined that the failure of AFCA to disclose documents to ISG was not material.

Justice Dalton stated that ISG had failed to make out its case in respect of all of the complaints except for the complaint made by A & P Jha Pty Ltd.

“In relation to that complaint only, I am convinced that AFCA breached the tripartite contract by failing to provide procedural fairness to ISG and that as a result the determination is one which is not binding on ISG,” she stated.

“ISG seeks a declaration that in those circumstances the document dated 29 June 2020 purporting to be a determination on the complaint made by A & P Jha Pty Ltd against ISG is not a determination within the meaning of that term as used in the AFCA rules. I will make that declaration.”