A recent decision by the Supreme Court of NSW has determined whether a $12.9 million death benefit from an SMSF should be designated as notional estate.

A fourth claim of provision, which was brought by another of his children, John, was settled prior to the hearing.

The defendant in each of the three sets of proceedings was the deceased’s second wife, Erlita Espanol Armstrong, who is the executor of the deceased’s estate and the main beneficiary under the deceased’s last will dated 13 September 2012.

The deceased had been married twice. His first wife, Dr Gwenneth Benz, to whom he was married on 23 March 1963 and with whom he had six children, died on 6 May 2011. The deceased married his second wife, Erlita, on 10 June 2012.

He was survived by Erlita, his six adult children from his first marriage Michele, John, Robert, Anna, Andrew and Catherine, and his step-daughter, Maree.

The deceased commenced a relationship with Erlita during his marriage to Gwenneth.

Following his marriage to Erlita, the deceased made his last will dated 13 September 2012. Probate of the will was granted to Erlita on 11 September 2020.

The will directed the trustee to “do all in her power to give effect to [the deceased’s] intention” that the balance of any superannuation fund or pension scheme in which he had an interest (non-estate assets) pass to Erlita. Pursuant to clause 7 of the will, the residue of the estate was to be divided equally amongst the deceased’s six children.

The deceased executed a binding death benefit nomination in respect of his superannuation on 12 May 2016, within three years of his death, in favour of Erlita, as his spouse.

After the commencement of the family provision claims by Anna and Catherine and before mediation was scheduled to occur, there was a transfer to Erlita of $9,282,490 in shares in specie as a death benefit pursuant to the binding death nomination.

After the commencement of the family provision claims by Anna and Catherine; and after the parties had been ordered to mediation but before the mediation was scheduled to occur, there was a transfer to Erlita of $9,282,490 in shares in specie as a death benefit pursuant to the binding death nomination.

After the distributions were made under the will in favour of Erlita, the property left in the estate was the Bondi Junction property, the motor vehicles, and the furnishing and fittings, valued at a total of $201,060.

As the residue of the estate ranks behind the specific gifts in the order of distribution in part 2 of the third schedule of the Probate and Administration Act 1898 (NSW), Erlita acknowledged that the residual beneficiaries would expect to receive nothing from the estate.

The plaintiffs calculated that by including the death benefit as potential notional estate, that would mean that the amount capable of designation as notional estate would be in the order of $17.9 million.

The issues considered in this case related to whether the provision for each of the three plaintiffs was inadequate for his or her proper maintenance and advancement in life, and if so, what orders should be made.

The court also needed to determine to what extent property held jointly by, and superannuation of, the deceased be designated as notional estate of the deceased.

The binding death benefit nomination relevantly left all of the deceased’s existing pension-based accounts to Erlita as his spouse. Hence, Erlita contended that she is entitled to the superannuation proceeds.

Erlita submitted that it was the usual practice for superannuation entitlements to pass to the surviving spouse, and that this was the practice that was adopted by the deceased in respect of both his late wife Gwenneth and in respect of herself.

The plaintiffs, on the other hand, submitted that the relevant property transaction, which was the failure to revoke the binding death benefit nomination proper to his death and to make a replacement nomination, took effect for the purposes of s 77 of the Succession Act, either on the date of the deceased’s death, at which time he was no longer entitled – or logically, able – to exercise the power to revoke his nomination, or on the resolution of the corporate trustee to accept that nomination on 12 May 2016.

They stated that the deceased had the capacity, at any time, to revoke his nomination and to give a replacement nomination and that he omitted to do so. They stated that had he exercised that capacity, the deceased could have directed that his superannuation be paid directly to one or more of his children, or to his legal personal representative to form part of his estate.

The plaintiffs submitted that, by omitting to revoke his nomination and/or give a replacement nomination, the deceased brought himself clearly within the purview of sections 75 and 76(2)(a) of the Succession Act.

Chief Judge in equity Julie Ward noted that the issue of notional estate provisions that concern omissions was considered by Justice White in the case Wardy v Salier.

“His honour affirmed the proposition that the purpose of the notional estate provisions is to extend the powers of the court to the ‘full range of benefits and advantages controlled by testators’ and, insofar as any question of construction presents a choice, a construction which will promote this purpose is to be preferred,” she explained.

The plaintiffs claimed that the omission to revoke and renew the nomination led to the superannuation falling outside of the deceased’s actual estate.

Justice Ward accepted that the deceased’s failure to revoke his nomination and give a replacement nomination was a transaction within the meaning of s 76(2)(a) of the act.

“I consider that the omission to revoke a nomination is analogous to an omission to sever a joint tenancy, in light of the fact that the deceased’s nomination could be revoked at any time prior to his death pursuant to Superannuation Industry (Supervision) Regulations 1994 r 6.17A(5)(b),” she stated.

The court concluded that the superannuation proceedings form part of the deceased’s notional estate capable of designation for the purpose of making any family provision orders.

Justice Ward also concluded that there was inadequate provision made for each of the three plaintiffs in circumstances where each will receive nothing out of the deceased’s estate.

“Relevantly, the evidence establishes a history within the family of assistance by the deceased in setting his children up in life with appropriate property holdings. There can be no doubt that, as events have transpired, the deceased’s testamentary intention that his children receive an inheritance from him was not able to be discharged.

“In terms of the deceased’s moral obligations to his children, it seems extraordinary to think that (absent some far more serious fracture in the relationship with his children) the deceased would have intended his children to obtain nothing at all from his very large estate, in particular when Erlita has already obtained substantial wealth both through the relationship and under the will and where the deceased’s step-daughter, Maree, resides rent free in an apparently not insubstantial property (the Pymble property) which passed to Erlita by way of survivorship.”

Justice Ward determined that in light of these matters, there was no adequate or proper provision made for any of the three plaintiffs.

Justice Ward proposed making a raft of orders but noted she would defer making the orders for seven days to permit any submissions as to the precise form of the orders.

In relation to Anna’s proceeding, she proposed an order that there be further provision out of the estate of the late Dr William Benz in favour of the plaintiff, in the form of a legacy in the amount of $1.9 million, n lieu of the gift under the deceased’s will of a one-sixth equal share of the deceased’s residuary estate.

Justice Ward also proposed an order that the following assets be designated as notional estate as necessary for the purposes of enabling the executor of the deceased’s estate to meet the order for provision and the order for costs in favour of the plaintiffs:

(ii) Westpac shares transferred to the defendant on 23 January 2019;

(iii) The $9.2 million worth of shares transferred in specie to the defendant from the deceased’s superannuation fund; and

(iv) The Pymble property, as defined in these reasons.

You can email Miranda on: [email protected]momentummedia.com.au
Court hands down decision in SMSF death benefit case 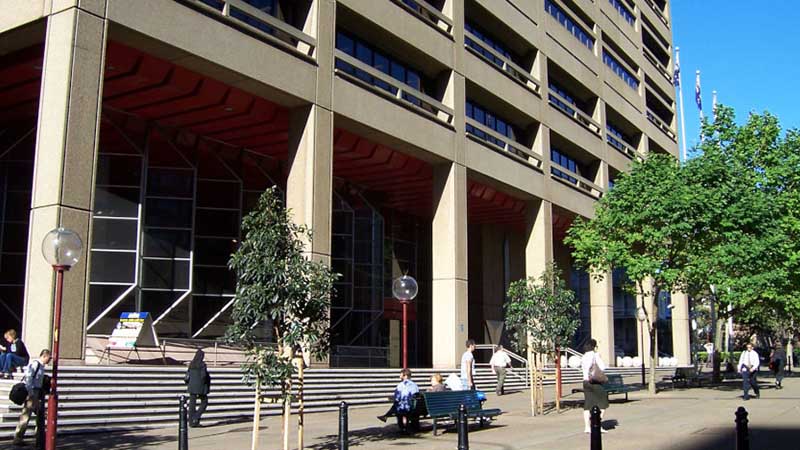 Written by Miranda Brownlee
Last Updated: 11 May 2022
Published: 12 May 2022
join the discussion
News