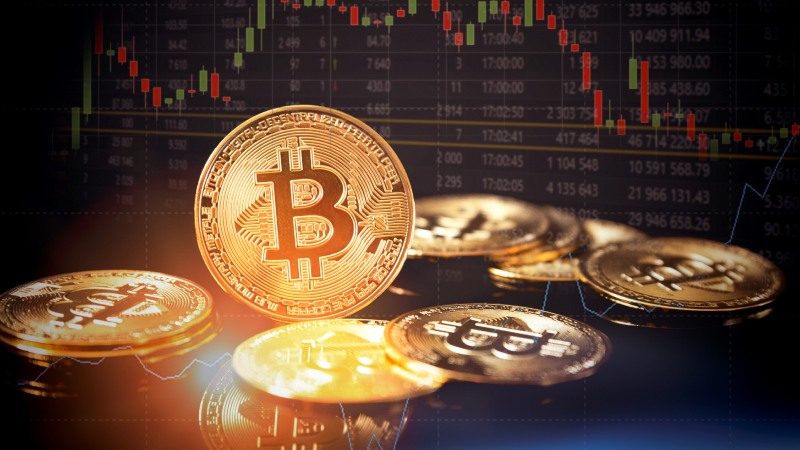 The past few years have seen an unprecedented boom in the crypto sector. Many early sceptics have become ardent believers, millions of everyday people are now up to date with crypto-lingo, and many who were certain that it was ’too late’ to buy Bitcoin in 2017 have realized that they were, in fact, mistaken.

But despite the crypto market continuing to boom since the bull market of 2017, a number of external events, including COVID-19, the prospect of increased interest rates, China attempting to ban cryptocurrency and a general downturn in financial markets globally have caused the entire crypto market to undergo a significant correction, especially in the past few months.

Crypto has been hit extremely hard, enduring a number of sharp 20% drops in the past few months. Still, despite the negative price action of recent months, Bitcoin has still managed to easily outperform the majority of managed funds over the past three years. With financial markets facing uncertain times, more and more SMSFs are choosing to add Bitcoin to their portfolio as they look toward assets that have performed well despite the turbulent conditions of the past few years.

While the standard high growth managed funds chosen by many SMSFs are an entirely different product to Bitcoin, both options are viewed by investors as high return investments with a high degree of risk when compared to a regular SMSF managed fund.

High growth funds (funds with 81-95% in growth assets) have performed at an average of 7% over the last 3 years. This number is down 1.7% from the average return of the past ten years.

If we cast our eyes to the world of digital currencies, the past three years have seen Bitcoin added to the portfolios of individuals and the balance sheet of major companies alike.

Zooming out beyond the extreme volatility of the past few months gives a clearer picture of how Bitcoin compares to other high growth managed funds that SMSFs are invested in.

Bitcoin’s performance over the past 3 years 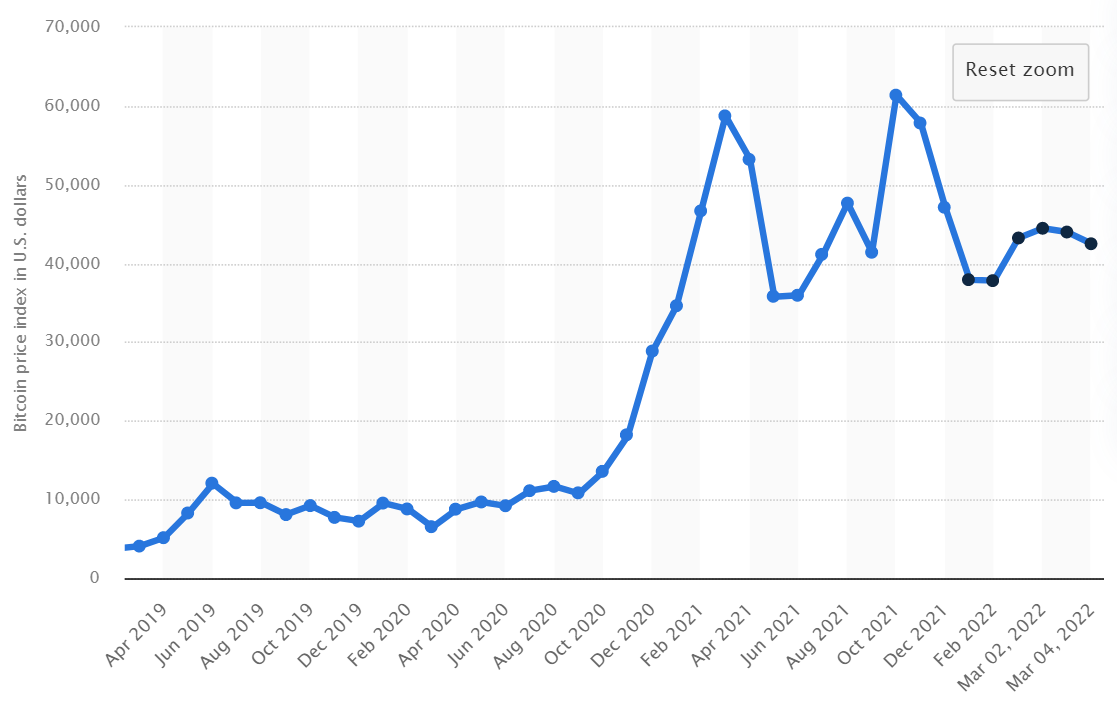 The past three years has seen Bitcoin attain a return of 940% (from $4081 to $42492 in three years). While this is unprecedented for any asset class, it’s interesting to see an asset like Bitcoin, which for many years was seen as a scam, brought out from the shadows to become an extremely popular investment choice and a hedge against the US dollar. Nearly one in five (18 %) of adults in Australia own some form of cryptocurrency, a number which is only expected to rise in the coming years.

There are several reasons why investors, companies and SMSFs the world over are looking to digital currencies like Bitcoin as a long-term investment. The first is simply because numbers are hard to argue with. As we saw above, the kinds of returns cryptocurrency can bring are beyond anything attainable by high growth managed funds, and the recent boom of institutional adoption suggest we may still be in the early stages of cryptocurrencies rise.

On top of the hard data of Bitcoin’s outstanding performance even during times of extreme market uncertainty and disruptive events, there are a number of reasons cryptocurrency why is rapidly becoming a popular SMSF investment.

The fact that many digital currencies serve as a hedge against both inflation and a precarious stock market makes them a highly attractive alternative to hedge funds, collectibles and precious metals like gold. Additionally, there is an undeniable use-case for certain innovative cryptocurrencies, as well as widespread adoption from some of the biggest global brands.

Several major names, including Tesla, Square, MicroStrategy, Visa and Coinbase, have collectively purchased billions of dollars of cryptocurrency, with many more opening their doors to digital currencies and the possibilities and functionality they bring. This level of mainstream and institutional support will further fuel the cryptocurrency machine, and its presence in our lives is likely to grow in the coming years.

While cryptocurrencies are, for the time being at least, a highly volatile investment, there is a good reason they have become one of the hottest topics of the last decade. If you’re an investor looking to diversify into an alternative asset class and get high returns on your investments, Bitcoin and cryptocurrency fit the bill more than any other asset class. As more SMSFs choose to allocate a portion of their money to digital currencies, the crypto industry will continue its expansion, likely leading to a snowball effect that sees even more SMSFs jump aboard.

The past few years have shown a massive increase in SMSF crypto activity, with some reputable Australian exchanges seeing a 25x increase in monthly SMSF sign ups since developing tools and features that cater directly to SMSF advisers. Going forward, SMSF advisers will need to get up to speed on cryptocurrency if they are to meet the rising demand for safe ways to invest in cryptocurrency.

Written by Digital Surge
Last Updated: 08 December 2022
Published: 04 April 2022
You need to be a member to post comments. Register for free today