A recent AAT decision highlights the importance of ensuring clients follow the rules regarding eligibility for claiming personal superannuation contributions.

The case Khanna and Commissioner of Taxation [2022], decided by the Administrative Appeals Tribunal, involved personal superannuation contributions made to a superannuation fund during the 2018-19 income year.

The taxpayer, in this case, Mohan Lal Khanna, had lodged his personal income tax return shortly after the end of the 2018-19 income year and did not claim a deduction for the contributions.

It was accepted that the taxpayer was a “COVID victim”. On 22 June 2020, he received a notice of redundancy from his employer.

Only then did the taxpayer attempt to claim an income tax deduction for personal superannuation contributions in the 2018-19 income year on 3 July 2019, explained Mr Figot.

“Presumably this was in order to then be able to lodge an amended income tax return and claim a refund,” he said.

Mr Figot explained that section 290-170(1) requires that, in order to claim a deduction for a personal superannuation contribution, a taxpayer must give to their super fund a notice of intent to deduct the contribution and the notice “must” be given before the earlier of when they lodge a personal income tax return and the end of the next income year.

“The taxpayer argued that he should have been granted an extension to lodge his notice due to the ATO and MyGov websites advertising support for taxpayers who are affected by disaster events such as the COVID-19 pandemic,” said Mr Figot.

However, the AAT found that the word “must” indicates an obligation to comply with the notice requirements, including the statutory time limit for giving the notice. There is no discretion to extend the time or to disregard non-compliance with that time frame.

Accordingly, Mr Figot said the AAT held that the taxpayer was not able to claim a tax deduction for personal superannuation contributions because he did not submit his notice on or before 3 July 2019.

Mr Figot said this decision illustrates that the rules for deducting personal superannuation contributions are strict.

This recent decision, he said, is similar to the outcome of Johnston and Commissioner of Taxation [2011] AATA 20.

“In that case, the taxpayer had not provided any notice to the fund, but nevertheless (via his tax agent) claimed a deduction for personal superannuation contributions,” he said.

Mr Figot said if taxpayers don’t follow the rules regarding eligibility for claiming personal superannuation contributions, particularly the time limits, the taxpayer can be ineligible to claim a deduction. 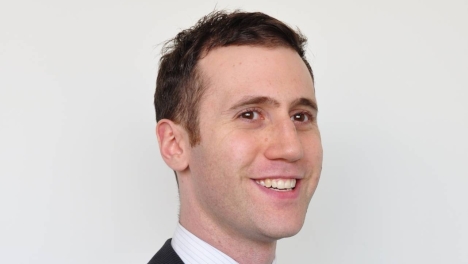