The new changes of super contributions caps will see the start of a return of transition to retirement income strategies, as the indexation highlights greater tax considerations to leverage for the future SMSF strategy.

With the contributions caps set to change on 1 July 2021, Colonial First State head of technical services Craig Day and senior technical manager Tim Sanderson said that this would be an opportunity for advisers to evaluate with clients possible transition to retirement strategies (TTR), as changes in caps begin to have different implications when it comes to leveraging tax.

Mr Day said that transition to retirement income streams (TRIS) had been originally intended to allow funds to phase into retirement, but most people used them as part of a “final turbo-charging” of their super.

“What they do is they take a starter transition to retirement (TTR) pension, then they would turn on a salary sacrifice arrangement and they would use the concessionally taxed income payments to pretty much replace the lost after-tax income that they were getting, and because of the tax arbitrage in there, you would get a benefit,” he said in a recent FirstTech podcast.

“Obviously, prior to the first of July 2017, the assets that you put into a transition to retirement pension were going to be tax-free, but that changed from 1 July 2017 with the exclusion of TTR pensions where a member hasn’t satisfied a condition of release from the definition of a retirement phase income stream.

“Of course, it’s not going to go back to what it was prior to 1 July 2017 because we don’t get that same level of tax exemption that we did previously.”

“That was also an equally significant blow to the TTR strategy because you simply had to take more of your income to stay cash flow neutral as after-tax income and you couldn’t salary sacrifice, so you’re limited to $25,000 instead of $35,000.

“Now I think what we’ve got to take into account is we’re now seeing that cap start to increase again, so it’s gone from $25,000 back up to $27,500, so that would give us a more tax concession out of the TTR strategy.”

“This is the case because we are seeing individuals with carry-forward unused concessional contributions starting to build up that will enable you to start to leverage the marginal tax rates to get that benefit out of the TRIS again,” he said.

“It’s this catch-up concessional contribution now that really starts to open up this as a strategy,” he said.

“It may be one year, it may be over multiple years, but there is a leveraged benefit that we would be able to obtain.

“Now this is, of course, linked to the fact that we need to have an individual’s total superannuation balance less than $500,000 at the end of the prior year.

“This is a rolling five-year amount that will accrue in respect to any unused concessional contribution cap. This legislation started on 1 July 2018, so in theory, our first year of unused amounts occurs in the 2019–20 year.

“A member turning age 60 may have the benefit of large effective concessional contribution caps that can then look to be used.”

Continuing with his example of a person aged 60 and can therefore receive their TTR pension payments tax-free, Mr Sanderson noted that while there was still a benefit in undertaking that type of strategy from 1 July 2017, due to the concessional cap reduction, it was greatly reduced.

“For those people, a higher cap does mean an increased level of benefit by doing a TTR strategy if we assume that the person is essentially going to keep their net income same and increase their level of salary sacrifice or personal concessional contribution and just draw the amount out of their pension payment to leave their net income the same,” Mr Sanderson explained.

“So, the difference there is the benefit you’re going to get is going to depend on your tax rates.”

Mr Sanderson said that the CFS technical team had tested some numbers and rough figures based on the four different marginal tax rates to see if there was a changing outlook for the tax leverage.

“We calculated that the tax benefit over one year of being able to make an extra $2,500 per annum of salary sacrifice, if we’re on a 21 per cent marginal tax rate including Medicare levy, then that gives us a $150 extra contribution over that year and that ranges through to the 47 per cent highest marginal tax rate where an $800 benefit is provided,” he said.

When considering strategy that will be run over five years where someone is turning 60, Mr Sanderson said the numbers found that over those years, you get 6 per cent earnings, they’re all taxed at 15 per cent, and for the benefit on a marginal tax rate of 21 per cent, you get about an $850 benefit over those five years.

“Take into account that’s $4,000 on top of whatever benefit you’re already getting out of the scheme, so from my way of thinking, you know you might have had someone on a 39 per cent tax rate that was maybe getting $4,000–$5,000 benefit over five years.

“So, you’re now throwing between $3,000–$4,000 extra benefit on top, so it is probably the time to review those kinds of TTR strategies.

“You might have thought that they don’t make a lot of sense post-1 July 2017, but now with these changes, especially if we see the indexation of the concessional cap again, at some point couple years down the track and we get up to $30,000, then the viability of TTR strategy really does come back into play.” 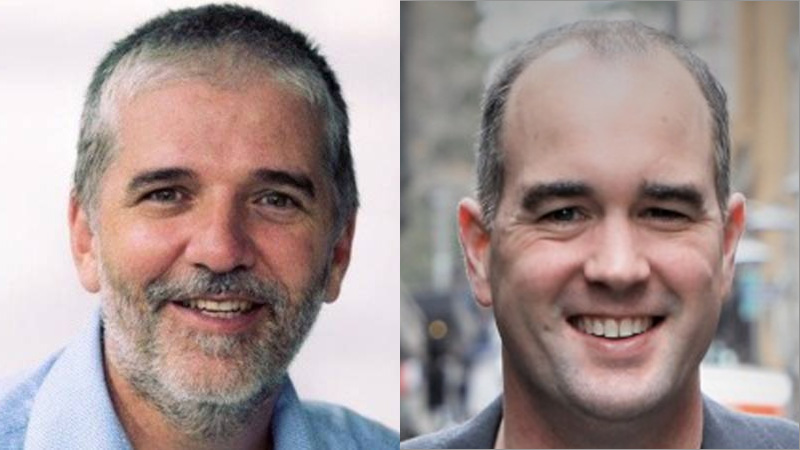