‘They weren’t just doing it to me’: Ex-AMP planner reveals terminated advisers’ stories

A former AMP adviser has started a data project to record the experiences of planners terminated by the wealth giant, with statistics so far revealing almost half have a serious mental health condition while collective debts total millions of dollars.

Terminated AMP adviser David Haseldine, who detailed his experiences with the institution in an XY Adviser podcast last year, told sister brand ifa he had started the project — titled Real Stories from AMP Financial Planners — after receiving an overwhelming response to an interview with Fairfax Media last year over AMP’s handling of its advice business transformation.

“It was that publicity that made the phone start ringing [from other advisers], and the realisation was they weren’t just doing it to me, they were doing it to many more,” he said.

“Because I hadn’t signed any of the non-disclosure stuff AMP put in front of me, there was little they could do to make the situation worse, so I could either sit back and do nothing or I could try and bring some social justice to the situation.”

Mr Haseldine has interviewed 19 former AMP advisers so far on their experiences inside the wealth giant and during their termination process, with 44 per cent saying they had been under the regular care of a mental health professional, while 22 per cent said they had had suicidal thoughts as a result of the process.

His initial data suggests the cohort of planners have walked away with an aggregated debt to AMP of more than $3.5 million, and have received total payouts of around $3.8 million, compared with the around $20.3 million their combined businesses were worth before the institution’s decision to write down BOLR values in mid-2019.

Mr Haseldine said common themes in his discussions with the advisers so far had been an apparent lack of quality in the client registers they were originally sold by AMP, and a lack of support to help their practices, which were often heavily commission-based, transition-to-new-business models.

“It’s probably about an average of 30 per cent of the client books they bought didn’t exist or were uncontactable,” he said.

“Generally, we all bought a register that was a spreadsheet with policy numbers and account numbers, there were no files.

“AMP also only bought out processes and compliance standards in relation to fee for service in January last year, and they didn’t have the systems to generate reliable FDSs.

“You then had some old businesses going back 30 years which were predominantly grandfathered commissions, and AMP turning off those commissions nine months early made life extremely difficult for those that were still trying to convert enough of their client base to fee for service to make their practices viable.”

Mr Haseldine said since launching the data project, he had received many further inquiries from current and former AMP planners wanting to tell their stories, and planned to add to the statistics collected over time.

“I’m getting people contacting me from inside and outside AMP, including the planners that AMP want to keep,” Mr Haseldine said.

“The only thing that is going to restrict the numbers of stories appearing there is my time — if it’s going to have any sort of credibility, I’ve got to do the research myself and make sure everything stacks up. Without any more coming in, there’s probably another three months’ worth of work there for me to sift through.”

A spokesperson for AMP said decisions made around the advice business had been “difficult but necessary” and that the institution was providing support to advisers who had been terminated as a result.

“The financial advice industry has transformed dramatically in the past few years, including the removal of grandfathered commissions and new mandatory education standards,” the spokesperson said.

“Within this environment, AMP has made difficult but necessary decisions to ensure we adapt and continue to have a strong, viable, fee-for-service-based advice business for clients. We recognise the changes have been challenging for some advisers, particularly those who sourced a significant portion of revenue from grandfathered commissions.

“For many years, AMP has provided guidance, training and education resources to help advisers deliver high-quality, service-based advice. We’ll also continue to provide support to our advisers to help them manage the transition, including access to mental health services and AMP Bank working with advisers to address their unique financial circumstances, so fair and reasonable outcomes can be reached where possible.”

If this article raises any emotional or psychological issues for you, you can utilise the resources below:

‘They weren’t just doing it to me’: Ex-AMP planner reveals terminated advisers’ stories 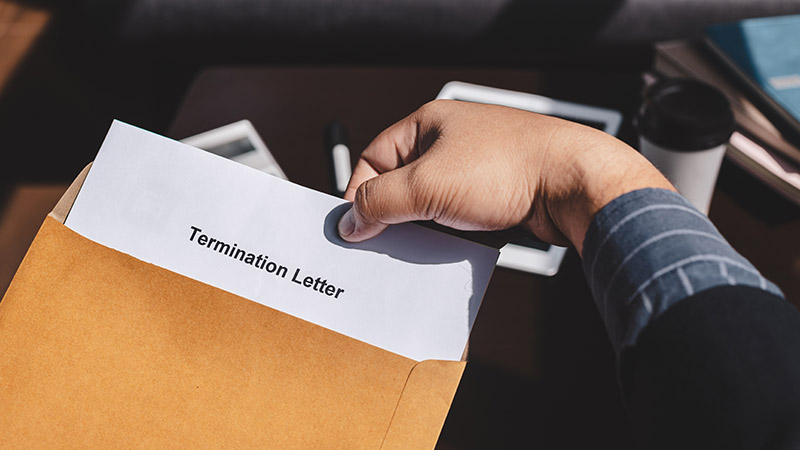