The ATO has flagged that it will continue to formulate its position on referral sources ahead of incoming auditor independence standards, aiming to further clarify best processes when reviewing safeguards for firms.

Speaking at the Smarter SMSF Virtual Day 2021 ATO SMSF portfolio director Kellie Grant said the regulator is in the process of formulating additional guidance for auditing firms that face the issues around the make-up of their referral sources and the safeguard processes that follow.

However, the ATO said for well-established firms that generate most of their income from providing SMSF auditing services, as a guide, if the fees generated from one referral source are less than 20 per cent of the firm’s total fees, it would not consider this in itself to create independence threats. Other factors may still be relevant in evaluating the level of any threats to independence.

“Now, if the fees generated from one referral source are greater than 20 per cent of the firm’s total fees, then depending on the circumstances, the independence threats may be significant enough to warrant the firm implementing the appropriate safeguards to reduce those threats to an acceptable level,” Ms Grant said.

Ms Grant said in order to try and make the 20 per cent benchmark for referral fees easier to administer, the ATO has requested the APESB to insert that rule into the code as a requirement.

“So, the APESB and ASIC have approved the inclusion of the new rule and in the next draft version of the code, as well as a rule we’ve recommended where it applies to a referral source where it represents more than 20 per cent of the total fees of a partner or office of the firm,” she said.

The new inclusion states “when total fees in respect of multiple audit clients referred from one source represent more than 20 per cent of the total fees of a partner or one office of the firm expressing the audit opinions, the firm shall evaluate the significance of the threat and apply safeguards when necessary to eliminate the threat or reduce it to an acceptable level”.

“Those new rules are likely to be published in a draft version of the code that will [be issued] for public consultation in May this year, and so we’ll be interested to see what sort of feedback we get from industry on that issue,” she said.

“Now, if that rule is eventually approved by the APESB to be included in the code after the consultation period is finished, then it wouldn’t commence until 1 July 2023.”

As stated in the guidance, Ms Grant pointed out that, ultimately, it is a question of professional judgement for the auditor or firm to determine on a case-by-case basis, having regard to the particular facts. In some cases, however, a lower or greater threshold than the 20 per cent may be appropriate when taking into account all relevant factors.

“Self-interest or intimidation threats will also arise if the fees generated from an SMSF audit client represent a large proportion of the revenue of one partner or office,” she said.

“Factors relevant to evaluating such threats include the significance of the client to the partner or office (both quantitatively and qualitatively) and the extent to which compensation of the partner is dependent on the fees generated from the client.”

As these changes will require appropriate safeguards that can be applied to reduce independence threats to an acceptable level, Ms Grant said the ATO is continuing to formulate their view on what are the best processes for firms.

“In the actual code itself, there is a definition in the glossary of what an appropriate reviewer is, and it’s basically just a professional member you know who has the relevant knowledge, skills and experience to perform that work and to perform an objective review.

“So, our view is that it would need to be another auditor doing that sort of review and, I guess, where you’ve got other auditors within the team you know that can do a bit of a rotation. You might be able to easily achieve getting that internal independent review done within your own firm in that situation, but there also are going to be some firms that don’t have that option and they might then need to go to an external independent reviewer.”

Ms Grant said what the ATO is still working on at the moment is how many files need to be reviewed to address the threats to an acceptable level and hoped to publish further guidance on the issue in the future.

“So, for instance, there is a good example within the actual independence guide where if you’ve got a client that you know you’ve got perhaps those familiarity threats with because you’ve had them where they consider you have been auditing them for around 10 years or more, then one of the safeguards to employ is to perhaps get an independent review of that client done,” she said.

“In that situation, we would expect all clients that fall within that boat to have that independent review, but the more interesting question becomes, ‘Well, what happens if I’m just an auditing firm auditing 1,000 funds and just roughly charging the same fees for all those 1,000 funds, but actually, one of my referral sources is doing 300 funds (30 per cent) from one referral source?’

“Now, in our guidance, for instance, we’ve said 20 per cent is perhaps a good benchmark that you could use, and over and above that you’d probably then need to look at putting in place appropriate safeguards.”

However, in that case, Ms Grant hypothesised what one would do with having the extra 100 funds that takes firms above that 20 per cent or 200 fund type benchmark.

“So, that’s the bit we’re still working through, whether we can look to provide any sort of guidance on sampling, maybe every fifth fund gets a review, so we hope to get something further on out there about that.” 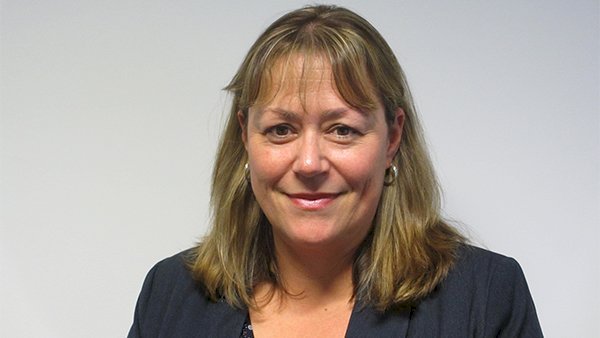