Ahead of the coming indexation of contribution caps, super contributions are facing the reality of becoming increasingly complex, with fears it is building a system that is losing its retirement purpose.

With both the superannuation contribution caps set to change along with indexation of the transfer balance cap, there have been increased strategic considerations for SMSFs to navigate the coming complexities.

Speaking on the recent Tax Institute TaxVibe podcast, Cooper Partners director Jemma Sanderson said that when it comes to contributions changes, the superannuation system has been incredibly difficult to keep up to date.

“The concern that I have with the super system, even though I think superannuation is fantastic and I’m biased because I work in that area, but it is incredibly complex,” Ms Sanderson said.

“There might be grandfathering that’s involved, but there’s always these constant changes that people need to be on top of, and they’re losing confidence in the system and really that is difficult, along with just the number of threshold caps that we need to be aware of, that are indexed differently, and some are and some aren’t.

“You need a degree in itself just to understand the background of all of those.

“It’s one of those things; again, I love super, but we do need to maybe take a step back and consider how we can make it easier for the general population to understand and also get that higher level of engagement with superannuation.”

With all the increased regulation and red tape that governs superannuation and SMSFs, there is also fear that the sector is embarking on a trajectory that is going to get more and more complicated and start to move away from its original intentions in making people’s lives easier.

KPMG head of SMSF and estate planning Julie Dolan said that, due to changes in government and policy, it has resulted in so many different “Band-Aid approaches”.

“It’s got to the point that there are so many different Band-Aids that some of those Band-Aids haven’t even kept up with our current standard of living and where we are now,” Ms Dolan said.

“And there’s some rules that contradict each other because, when they were put in place, the standard of living and the complexities were completely different from where they are now.

“So, it’s got to the point that, as Jemma was mentioning, we’ve got the Tax Act, we’ve got all these other acts that we have to deal with as a profession, that we find it a struggle to get across.

“There is a bigger picture of whether this Band-Aid approach can actually keep going because of the complexities and layers up all of this sort of thing, or whether there is actually a point in time, sooner than later, that there needs to be a reset or a reassessment of certain aspects of superannuation to avoid furthering of these complexities and potential widening of the gaps between what one wheel is trying to attend, and what the other is, but we’re just getting confused with all the complexities in between.”

With coming changes in contribution along with the considerations on a whole host of different thresholds, caps and limits that apply, Ms Sanderson said too many different things have been overlaid, “and all of those caps that apply now are confusing in themselves, let alone when you think about in the past”.

“[There was a point made earlier] about how some of the caps, that Band-Aid approach, and some of the caps that are in place now are no longer relevant because they were a throwback to when the rules were like reasonable benefit limits, and we had caps in place,” Ms Sanderson said.

“So, the transfer balance cap is in place, which means it limits how much you can have tax effectively in super.

“The necessity to have some of these other caps isn’t really that strong anymore, given that what you can build up in super tax effectively is no longer the sky’s the limit, as it was pre-2017. I feel like we need to step back and revisit, ‘Okay, well, why were these original caps in place?’

“You’ve got your other total super balance which will be indexed next year, because that’s tied to the transfer balance cap, and it’s just becoming very confusing.

“But it’s incredibly confusing, and I mean, if we as the practitioners in the industry that are involved in this every day are having to move those puzzle pieces around and there’s a lot of them to move around, then it’s very difficult to expect the general population and the Australian public to understand it, and no wonder the engagement with superannuation is not as high.”

Ms Dolan said these complexities also lead to another area that is currently being hotly debated, which is around the affordability of advice.

“Who is best placed to be able to provide this advice, but it’s the old analogy of the people who can afford it get the advice, and the ones who need it aren’t getting the advice,” Ms Dolan said.

“And the ones who need it is the majority of the population. It’s a real issue. The government really needs to spend some time on it, and I know it’s starting to come to the forefront.

“But there’s so many layers of red tape and hurdles that, once again, like the legislation that we’re currently standing, is so Band-Aided that we’ve lost perspective around what the true intention is.

“The true intention is to have that centricity around the general population, about bettering ourselves for a standard of living that we deserve in retirement. We need to keep focusing on that.

“We need to see what the end game is for the population and step back and have some sensibility about it. It’s just, once again, spinning its wheels around where we are, very much so around the legislation. It needs to stop and actually have some pragmatic thought around it, and hopefully that pragmatic thought is starting to happen in the industry, with some of the submissions that are coming in.” 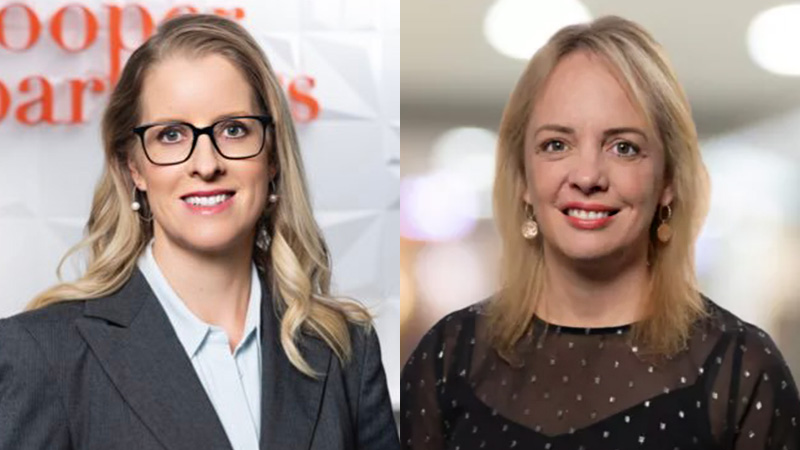