The Administrative Appeals Tribunal has affirmed a decision by ASIC to refuse an AFSL after the applicant failed to make certain disclosures to the regulator in the process of applying for the licence.

The tribunal found that Allegra’s controller, sole director and proposed responsible manager, Lachlan Schonfelder, engaged in conduct such that it could not be satisfied that Allegra would provide financial services efficiently, honestly and fairly, ASIC stated.

“The lack of candour in Mr Schonfelder’s dealings with ASIC also raised serious doubts in the AAT’s mind as to whether Allegra would be able to deal honestly,” the regulator said.

Mr Schonfelder was an authorised representative of several ASFLs over a 14-year period including MW Planning Pty Ltd for nine years, Carnbrea & Co Ltd (Carnbrea) for two years and Havana Financial Services Pty Ltd in the past three years.

He established Allegra in February 2018 for the purpose of conducting his own financial planning and advice business. With that end in mind, Allegra applied to ASIC for an AFSL in April 2018.

The termination of the agreement between Mr Schonfelder and Carnbrea occurred on or around 5 September 2017. Mr Schonfelder was informed his agreement with Carnbrea was being terminated for breaches of his contractor agreement as a result of the dealings with a particular client.

On 7 September 2017, and unknown to Mr Schonfelder, Carnbrea lodged a breach report with ASIC which stated that Mr Schonfelder had sent a funds transfer form to Macquarie, requesting a personal loan of funds from a client.

ASIC requested further information on the terms and specific grounds upon which Mr Schonfelder’s appointment with Carnbrea had ended.

A response from the applicant through his agent stated that Bangarra Group, which Carnbrea was part of, “were no longer committed to the business and that the focus of the organisation was going to be funds management”.

At the hearing on 24 June 2019 before the ASIC delegate, Mr Schonfelder was asked to explain the apparent inconsistency between the breach report from Carnbrea and his own response.

He stated that he had a very different view of the circumstances of the dismissal than Carnbrea had, and therefore he did not consider he had been less than fulsome in his answer to ASIC.

While the tribunal accepted that Mr Schonfelder was otherwise of good character, it found his interactions with the client and ASIC problematic.

“Mr Schonfelder had several opportunities to correct the error in judgement that he made in agreeing to the loan arrangement. If there was any doubt about his judgement on this issue, that doubt was compounded by his misleading answers to ASIC,” the tribunal stated.

“Mr Schonfelder did not just fail to provide a fulsome answer to ASIC’s request for information. His response to that request was actively misleading because it conveyed the impression he had left Carnbrea because of differences of opinion, concerns over the expertise of Carnbrea’s management and other matters suggestive of a philosophical dispute over the direction of the business. That is not what occurred, which is clear from the letter of termination.”

The tribunal found that Mr Schonfelder’s conduct had fallen well short of the expectation that the financial services would be provided efficiently, honestly and fairly.

ASIC commissioner Danielle Press said the decision is a clear reminder to applicants that they must deal openly and honestly and provide full and frank disclosure to ASIC when applying for a licence and responding to requests for additional information.

“ASIC has fundamental concerns with Mr Schonfelder, and the AAT’s decision emphasises that these concerns cannot be solved by attempting to outsource compliance and monitoring to a third party,” Ms Press said.

“The decision reinforces the recent licensing reforms under the Financial Sector Reform (Hayne Royal Commission Response — Stronger Regulators [2019 Measures]) Act 2020 which provide that ASIC must not grant a licence unless it has no reason to believe a controller, officer or senior manager is not a fit and proper person to provide financial services, or perform one or more functions as an officer of the applicant if a licence was granted.” 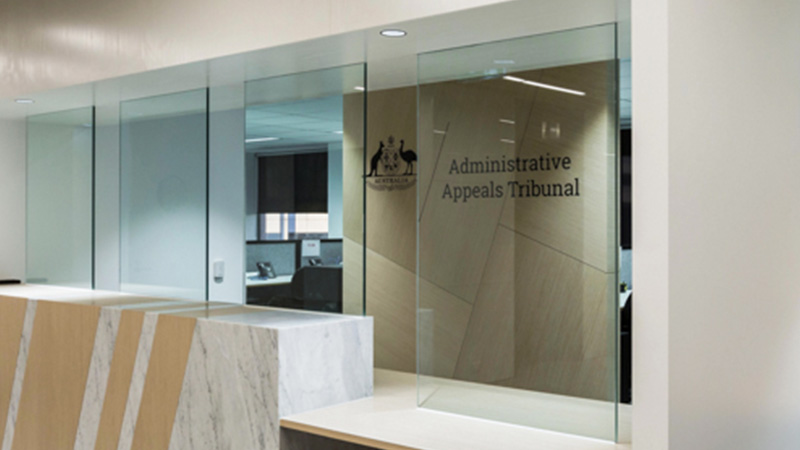