The Supreme Court of Victoria has made a number of determinations relating to trustee powers and the validity of amendments to a trust deed in a dispute involving a family trust.

The proceeding, Re Owies Family Trust [2020] VSC 716, involved a dispute between the children of a couple, Dr John Joachim Owies and Dr Eva Owies, over the control of a family trust.

The plaintiffs, Paul and Deborah, brought three claims in the proceeding. They sought to challenge, on various grounds, the validity of deeds of variation to the trust deed purportedly executed in 2002, 2010 and 2017. Those variations sought to change the persons identified in the trust deed as Guardian and Appointor.

The determination of the true holder of the positions of Guardian and Appointor was important in this case because of the powers vested in those positions under the trust deed.

The plaintiffs also brought claims concerning the income of the trust between 2010 and 2019. The trust has substantial assets with an estimated value at trial in excess of $23 million.

Paul and Deborah contended that the trustee, in fact, failed to make any resolution distributing the income of the trust for any of the financial years between 2010 and 2017. They submitted that the net income for each of those years is held on trust for them and Michael in equal shares.

Paul and Deborah also stated that the resolutions of the board of directors of the trustee which purported to resolve the distribution of income for each year between 2010 and 2017 were made in breach of trust because they were made without the trustee giving any genuine consideration as to whether, in the exercise of its discretion, a distribution should be made to them.

The first issue the court needed to determine was whether the trust deed gave power to the trustee to amend the description of the persons identified as Guardian and Appointor.

Justice Steven Moore stated that the determination of this question depends upon the proper construction of clause 20 of the trust deed which gives the trustee a general power of amendment.

Paul and Deborah contended that, objectively construed, clause 20 did not give the trustee power to amend any definition in the schedule to the trust deed, including the person identified therein as Guardian.

The basis for this submission was the provision made in the first part of clause 20 that the trustee may, with the consent of the Guardian, revoke, add to or vary the “trusts”. Paul and Deborah submitted that, properly construed, the naming of the Guardian was not a “trust” within the meaning of clause 20.

Paul and Deborah argued that clause 20 was a very carefully drafted power of variation which distinguished between “trusts” and “powers”.

Paul and Deborah submitted that, if there is no duty to exercise the content of the provision of a trust deed, the provision contains a power and not a trust. Applying that distinction, because there is no duty or obligation on the trustee to amend the definition of the Guardian in the schedule, they submitted that it was not a “trust” with the consequence that the trustee has no power to vary it under clause 20.

Senior counsel for the trustee, on the other hand, pointed to a number of features of clause 20 and other provisions of the trust deed to demonstrate that the power of amendment in clause 20 of the deed was broad.

Justice Moore stated that the proper construction of the word “trusts” first appearing in clause 20 is central to determining whether the trust deed gives power to the trustee to amend the description of the persons identified as Guardian and Appointor.

“Given the clear distinction made in the trust deed between ‘the trusts’ and the ‘powers and provisions’ concerning the trust, including in particular in clause 2 to which clause 20 must be taken to refer, this strongly supports the conclusion that the power of variation provided by the clause does not extend to the powers available to the trustee in respect of the operation of the trust or, more generally, the other provisions of the trust deed which apply to the exercise of those powers,” Judge Moore stated.

He also noted that the second part of clause 20 also gives the trustee a power to “declare any new or other trusts or powers concerning the Trust Fund or any part or parts thereof”.

“However, contrary to the trustee’s submissions, it does not logically follow from the existence of this power in clause 20 that the clause should be construed so that it confers upon the trustee a very broad power of amendment including all of the powers and provisions of the trust deed,” Justice Moore explained.

The court therefore rejected Michael’s submission that the trustee’s power to declare new powers was sufficient for the trustee to have made the variations.

“Each of the deeds of variation recited the trustee’s power to ‘revoke, add to or alter all or any of the trusts’. None purported to declare new powers,” Justice Moore stated.

“The variations cannot be said to have declared new powers. Consistent with what was recited in each, they purported to ‘alter’ or ‘amend’ the relevant provisions of the schedule.”

In relation to the claims relating to the income distribution resolutions for the years 2010 through to 2017, Justice Moore noted that there was no evidence that the trustee received any information about Paul or Deborah’s financial circumstances for the 2015 and 2016 years.

There was also no evidence that the trustee received any specific information at all about Deborah’s circumstances in 2018.

He determined that claims against the trustee in relation to the income years 2010, 2011 or 2012 would be barred under the Limitation of Actions Act 1958.

In relation to concerns raised about the suitability of the trustee continuing his office, Justice Moore stated that while the trustee executed three deeds of variation which were beyond its power, and therefore acted contrary to the trust deed, he noted that Michael did not become a director of the trustee until 20 November 2019.

Therefore, these breaches did not raise any question about his suitability as one of the natural persons now in control of the trustee.

The other director, however, Neville Sampson, who had been John and Eva’s solicitor for many years, was in a different position.

“This is a matter which weighs in favour of the trustee’s removal. However, without more, this conduct does not lead me to conclude that the trust property will not be safe or that the trust will not be properly executed in the interests of the beneficiaries.” 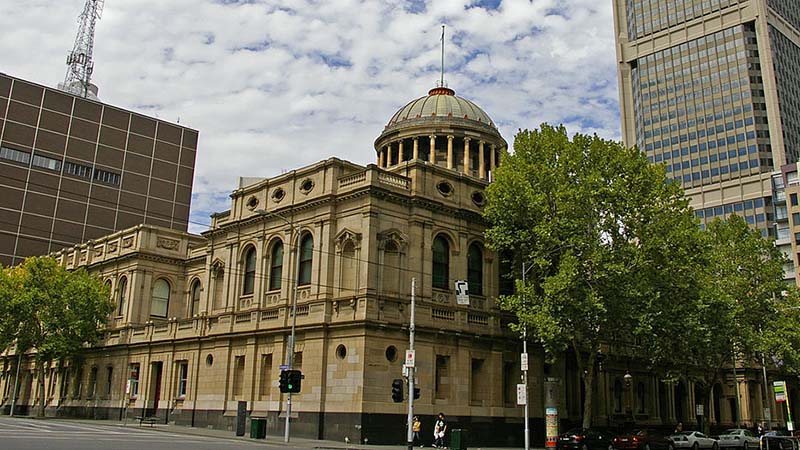