The Federal Circuit Court of Australia has ordered the wind-up of an SMSF in a family law case involving missing superannuation money and balance sheet issues with the pool of assets.

The case of Norris & Denis (No.3) [2020] FCCA 1374 involved a de facto couple whose relationship ended in 2015. In this case, the court had to determine what the pool of assets were, asses contribution and future needs, and make a just and equitable order for alteration of property interests.

Around the time of separation, the wife transferred substantial sums of money out of accounts in the husband’s name and paid them into her own accounts.

Even though the husband did not participate in the proceedings, in his evidence he asked the court to add back the money in question. The husband also alleged that the wife sold $30,000 employer shares.

One of the issues the court had to consider is whether these amounts should be added back, and if so, in what amount. It also needed to consider the wife’s evidence about how she spent the money in question.

The wife asserted that between 1 July 2019 and 29 October 2019, the husband withdrew the entirety of his superannuation, which was then held in an SMSF pension account and totalled $740,069.74. The wife contended that this amount should be added back.

The husband provided no disclosure about this transaction and the court had to decide whether the amount should be added back.

The wife also claimed that in 2019, the husband made substantial cash withdrawals from his bank accounts, totalling $700,000.

What was not known, the judgment stated, is whether some or all of this money comprised part of the superannuation funds held within the SMSF.

The wife only wanted an add-back in relation to the superannuation money held within the SMSF and not the cash withdrawals from the various accounts.

In his judgment, Judge Tom Altobelli stated that one of the issues in this case is property that once existed but no longer does.

“A significant issue in this matter was the alleged non-disclosure of the husband. Attempting to deal with non-disclosure often puts the other spouse to considerable difficulty with regard to investigating their financial affairs,” Judge Altobelli said.

Judge Altobelli stated that the missing $748,000 was established by the documents contained in the wife’s tender bundle. He was satisfied that the husband had withdrawn the superannuation money in question and retained some control of it.

“The husband’s actions constituted a premature distribution of matrimonial assets, and thus the sum should be added back as notional property,” he said.

The court also needed to determine whether there should be an add-back of matrimonial funds that the wife took at around the time of separation and afterwards.

“This makes a total possible add-back of $263,625. It is not possible, from the viewpoint of the court, to make a just and equitable order altering the property interests of the parties in this case, without considering whether an add-back of all, or part of this amount, should be made,” the court said.

In her evidence, the wife contended that the primary purpose of withdrawing and applying these funds to herself was for day-to-day living expenses in the post-separation period.

However, the court found that some of the wife’s expenses would not constitute reasonable expenditure and that those amounts should be added back.

There were also issues in relation to the balance sheet for the asset pool.

The husband claimed that the former family home was valued at $450,000; however, this was based on a valuation by the husband himself and filed and served outside of the time frame permitted. The court instead preferred a report made by a certified practising valuer.

“The report does have its limitations. It was conducted before the COVID-19 pandemic. No internal inspection of the improvements erected on the property had been completed. In other words, the valuation was based on a kerbside inspection, even though the valuer had inspected the property internally in November 2018,” the court acknowledged.

“Nonetheless, the valuation was completed on the basis that the dwelling is in the same poor condition as previously inspected in 2018.”

Another issue with the balance sheet was the wife claimed she owed her father a debt. However, after asking the wife to clarify her evidence, the court decided to treat the sum as a gift rather than a debt and that there was no basis for adding it to the balance sheet.

The court assessed contribution in the husband’s favour at 55 per cent, due to the fact he provided the land on which the family was built to the relationship, a compensation payment and a substantial inheritance around the time of separation.

It also found that based on the evidence, his future needs were greater than that of his wife and that, therefore, he should receive a further adjustment of 5 per cent.

Therefore, the court decided that the alteration of property interests would result in an adjustment in the husband’s favour as to 60:40 of the pool of assets and notional property available to the parties.

The court determined that the husband’s entitlement was $1,439,088.066 and he was therefore asked to pay the wife $3,597.40, with the wife solely retaining jointly held assets.

It also ordered that the parties wind up their SMSF and that both parties equally bear the costs of winding up the fund, with any balance remaining to be paid to the husband. 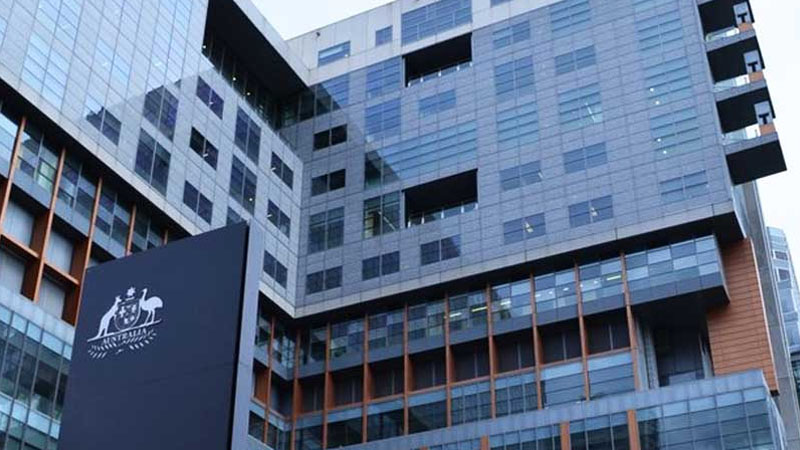