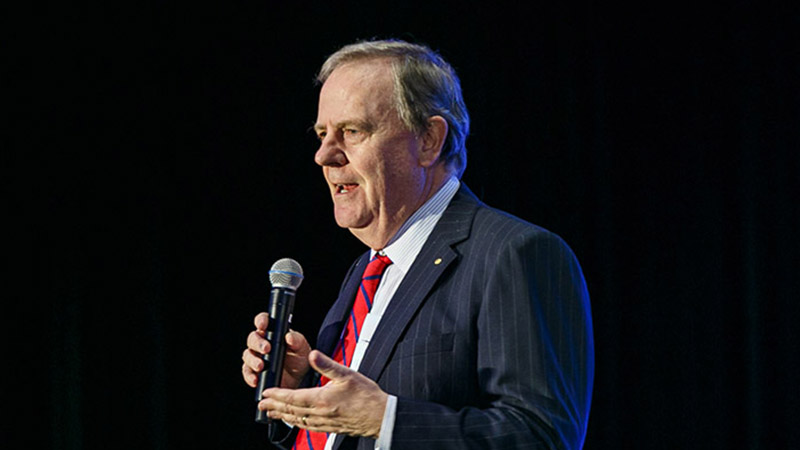 Former treasurer Peter Costello says the idea of simplification has currently gone out of the tax debate, especially compared to when he pushed for the GST reforms over 20 years ago.

In a keynote address at the Tax Summit last week, Mr Costello told delegates that the macroeconomic idea behind the GST was to simplify the tax system by getting rid of nine narrow taxes and to replace them with one broad-based tax.

He said the tax burden would be shifted from the personal tax system to the indirect tax system as a result, and the idea is still very much relevant today.

“That’s an idea that I think has gone out of the tax debate quite a lot these days — simplification,” Mr Costello said.

Mr Costello noted that the arguments against simplifying the tax system include that it leads to disparate outcomes or that it leads to penalties on poorer people even though it might be easier to enforce.

“And the answer we always gave, and I think the answer is still good today, is tax is not your principal weapon for delivering equality. The welfare system should be doing that.

“What you do with that revenue is another question, but too often we’re running the equality argument into the tax argument and it doesn’t make for a good tax design.”

Reflecting on the GST reforms in the late ’90s when he was the federal treasurer, Mr Costello said “we’ll never see a tax reform as big as that again in Australia; however, it doesn’t mean the country should be shying away from tax reform”.

He said there was an attempt with the Henry Tax Review in 2009 to get reform going again, but even in that case, chair Ken Henry lamented that so little came out of his report.

“It’s got to be done over multiple years. The reason we haven’t had tax reform of that dimension in 20 years is it’s hard. That’s why.

“I used to say, [if] you think balancing a budget is hard, you ought to try tax reform.”