An SMSF accounting firm that sought an injunction against a former employee in relation to clauses in their employment contract has had its case dismissed in the Supreme Court of Western Australia.

In the matter of ASPL Pty Ltd v Rajakaruna [2019] WASC 269, ASPL Pty Ltd, which trades as Horizon Accountants and Advisory, applied for an interlocutory injunction to restrain Priyanjith Rajakaruna, a senior professional accountant previously employed by the firm, from breaching contractual clauses relating to confidentiality and non-solicitation as well as breaches of fiduciary duties.

Mr Rajakaruna is a certified practising accountant and was employed by ASPL until he resigned in early 2019. He is now the sole director, secretary and shareholder of SNR Group (WA) Pty Ltd.

He resigned from his employment with ASPL on 29 January 2019, giving a one-month notice.

After Mr Rajakaruna submitted his resignation, Julie Cohen, a director and secretary of ASPL, subsequently met with him on a number of occasions to put in place transitional arrangements. During those meetings, they reviewed the list of clients of ASPL and discussed each client in detail.

On Friday, 22 February 2019, Mr Rajakaruna met with the Cohens and, among other matters, discussed the terms of his employment contract, and in particular, the no solicitation clause. Ms Cohen’s evidence is that, at that meeting, Mr Rajakaruna stated that he was not going to solicit clients.

In May 2019, it came to Ms Cohen’s attention that Mr Rajakaruna was registered as a tax agent and that one of ASPL’s clients, the Morrissey Family Trust, had disappeared from the tax agent portal of the ATO.

When Ms Cohen added the client back to the tax agent portal, she discovered that the postal address for the Morrissey Family Trust was recorded as a post office box in Joondalup, which was the postal address for the service of documents of SNR Accounting. The name of SNR Accounting was registered to Mr Rajakaruna from 20 May 2014 to 15 October 2016.

Ms Cohen found that 18 clients had recorded addresses in the tax agent portal which were the same as the Joondalup post office box displayed on the SNR web page.

Mr Rajakaruna’s evidence was that after he resigned from ASPL, he attended a few job interviews and, at the same time, clients who had received a letter regarding his resignation made contact with him to find out where he had gone. Some of the clients contacted him by telephone as they had his mobile number; others were given his phone number by clients who had his contact details; others contacted him via social media and he bumped into some ex-clients at the shops.

Those clients, who contacted Mr Rajakaruna when he resigned, told him that they wanted to follow him wherever he went, whether that was to a new employer or to his own business.

In each of the affidavits of the former clients of ASPL, each person attests that, after learning that Mr Rajakaruna was leaving ASPL, they contacted Mr Rajakaruna after he had left his employment with ASPL and told him that they wanted him to do their accounts.

In each of the affidavits, the clients stated that Mr Rajakaruna made no contact with them or approached them for their business.

In its statement of claim, APSL stated that from 19 May 2015 and for the duration of his employment, Mr Rajakaruna breached his fiduciary duties as an employee by breaching the duties of good faith and fidelity.

It also claimed that he breached clauses 5.2 and 5.3 of the 2015 contract, which conduct is also said to constitute serious misconduct, and a failure to avoid conflicts of interest, and a breach of section 182(1), section 183(1) and section 184(2) of the Corporations Act 2001 (Cth). These breaches were said to have occurred by Mr Rajakaruna providing professional and accounting services for profit and reward without the knowledge and consent of ASPL.

During the course of his employment with ASPL and following termination of his employment, ASPL also claimed that Mr Rajakaruna breached his equitable duties of confidence and clause 21.2 of his contract by using confidential information in relation to each of the 18 clients for his own use and benefit by obtaining the customer relationship which otherwise existed between ASPL and the 18 client entities.

By the same conduct, it also stated that he interfered with the relationship of ASPL and the client entities in breach of clause 26.1 of the 2015 contract.

Justice Jenifer Smith determined that ASPL had failed to make a prima facie case that interlocutory restraining orders should be made.

“For this reason, it is not necessary to consider the balance of convenience and I would dismiss the chamber summons,” she said.

“There is no evidence that Mr Rajakaruna induced, enticed or otherwise encouraged any client of ASPL to cease to be a client of ASPL,” she stated.

She was also not satisfied that Mr Rajakaruna had used any confidential information of ASPL for his own benefit. 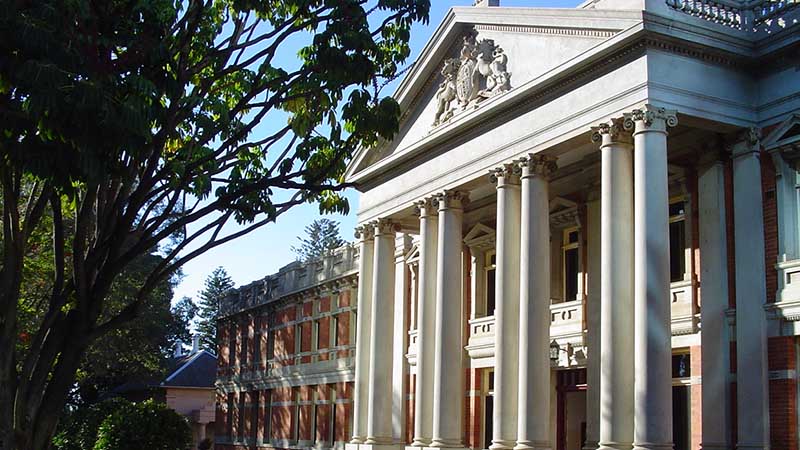 Total votes: 221
The voting for this poll has ended

SG amnesty to become law after passage through Parliament