The District Court of South Australia has ordered a former builder to pay damages to an SMSF for the breach of fiduciary duties in a case involving a joint venture agreement for a housing development.

The case of Polley & Anor v Zollo & Ors [2019] SADC 76 involved Neil Polley, the sole director and shareholder of the Neil Polley Superannuation Fund and the corporate trustee of the fund.

Mr Polley sought orders against Alex Zollo, who was formerly a licensed builder before his licence was cancelled in 1997.

The judgment states that, in 2012, Mr Polley was introduced to Mr Zollo and was led to believe that Mr Zollo was a successful builder and property developer. Mr Zollo did not disclose to Mr Polley that he had been the subject of disciplinary action about his builder’s licence.

At the time, Mr Zollo was prohibited from being a director of a company that was a licensed building contractor or supervisor.

Mr Zollo had been made a bankrupt in 1997 and had not received an automatic discharge at the end of the usual period of bankruptcy. As a result, Mr Zollo did not own any assets in his own name. At the time, Mr Zollo had no capacity to be a director of any entity that had a builder’s licence to work as a building contractor or supervisor. Mr Zollo’s conduct at the time was misleading and his statements to Mr Polley were untrue, the judgment said.

In 2014, Mr Polley and Mr Zollo made an agreement to operate under a joint venture to develop broad acre land for disability housing. They agreed for the incorporation of SA Disability Housing Pty Ltd (SADH) as the legal entity or vehicle to proceed with their joint venture agreement. Each of them was a shareholder of that company and Mr Polley was the only director.

Mr Polley understood from the outset of the joint venture that as he was a novice in the area of building, he would supply funding through his SMSF to the joint venture and Mr Zollo would provide building expertise. It was never possible for Mr Zollo to do this.

It was a term of the joint venture agreement that once property was developed and sold, the first charge upon the proceeds of sale was the repayment of the capital provided by Mr Polley’s SMSF.

The court found that if Mr Zollo had fulfilled his duty of full disclosure under the joint venture, he would have informed Mr Polley of the difficulties that faced him as a result of the disciplinary action taken against him and his builder’s licence, Built It Pty Ltd, and that he was incapable of fulfilling his part of the joint venture responsibilities. Mr Zollo therefore breached his fiduciary duties of full disclosure owed to Mr Polley.

On 22 December 2014, SADH then purchased property at 22 Whysall Road Greenacres for $345,000, the whole of which was provided by Mr Polley’s SMSF. The improvements on the Whysall Road were all at the cost of Mr Polley. Mr Zollo made no financial contribution to the purchase price.

In early February 2015, Mr Zollo located property at 72-74 Muller Road Greenacres and advised Mr Polley that it should be purchased by the joint venture. The purchase of that property was settled on 22 May 2015, and Mr Polley, through the second plaintiff as the trustee of his SMSF, paid the whole of the purchase price and stamp duty costs for such purchase.

Prior to the settlement of the Muller Road property, orders were made by the Commissioner for Consumer Affairs in South Australia suspending the builder’s licence of Mr Zollo’s company, Built It Pty Ltd, following enquiries that had been on foot since 2014 about the involvement of Mr Zollo in that company. These orders were publicly proclaimed.

Mr Zollo also represented to Mr Polley that in consideration of everything that he had done and would do in the joint venture, and to maximise the benefits to it, the Muller Road land should be held in the names of the trustees of their SMSFs, that a portion of the land should be transferred in specie to his own SMSF and that, by doing so, Mr Zollo’s entitlement to a 50 per cent of the balance of profit after expenses in respect of that land would be satisfied.

He said to Mr Polley that the land was for sale, that it was owned by a party that was indebted to him personally and that the land could be purchased at a discount because of that indebtedness and it was worth something in the order of $900,000.

The representations made by Mr Zollo to Mr Polley about the owner of the Hillcrest land and its debt to him and the value of that land were also false and misleading.

Without informing Mr Polley, Mr Zollo then entered into contracts for the purchase of the Hillcrest land and then, purportedly in fulfillment of his fiduciary duties owed to Mr Polley, agreed to assign the contracts to the joint venture in consideration of the payment of the sum of $130,000 to him.

The vendor of the Hillcrest land was unknown to Mr Zollo, did not owe anything to Mr Zollo or to Built It Pty Ltd, and that the purchase price was an arm’s length market value. Mr Zollo also knew that the whole of the purchase price and the sum of $130,000 was paid by Neil Polley Holdings Pty Ltd as trustee of Mr Polley’s SMSF at a time when Mr Polley did not understand the operation and effect of the assignment agreement.

Mr Zollo was also aware that by earlier entering into the contract to purchase the Hillcrest land, he was usurping an opportunity belonging to the joint venture to his own benefit. He further knew that he was incapable of bringing anything to the joint venture because of undertakings, orders and other pronouncements preventing him from doing so, but he failed or refused to disclose that information to Mr Polley, his co-joint venturer.

Judge Paul Slattery ordered Mr Zollo to pay the corporate trustee of the SMSF the sum of $130,000.

He also ordered Mr Zollo to make a declaration that he procured the transfer of the 24/100th interest in the Muller Road land on the basis of misleading conduct or breaches of fiduciary duty.

He also made an order declaring that the agreement for the transfer to AZ Holdings of 24/100th of the Muller Road land was void.

It was also ordered that AZ Holdings Pty Ltd forthwith do all things necessary and appropriate and execute all such documents as are necessary to bring about the transfer of the interest that it legally owns in the 24/100th of the Muller Road land to the second plaintiff for no consideration and free from any costs or expense to the plaintiffs associated with such transfer.

Judge Slattery also ordered damages to be paid in favour of the first plaintiff, Mr Polley, for breach of fiduciary duties to be assessed or agreed. 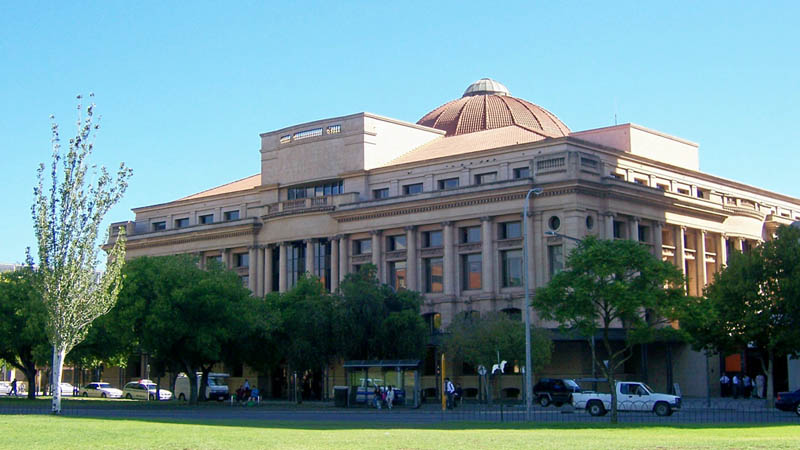