The Tax Institute has expressed concern that Labor’s proposed $3,000 cap on deductions for managing tax affairs will severely impact migrants, those looking to start businesses and those facing difficult life circumstances.

Off the back of Opposition Leader Bill Shorten’s comments labelling deductions for managing tax affairs as a “rort”, Tax Institute president Tim Neilson has written a letter to Mr Shorten over what the Tax Institute fears is an “ill-informed and counterproductive proposal”.

In the letter, Mr Neilson pointed out that Australia’s tax laws now run to many thousands of pages, which has been inflicted on ordinary Australians by successive governments.

“Over 30 years ago, the Commonwealth government decided to abdicate primary responsibility for administering its own tax laws and to impose that responsibility, via the so-called self-assessment system, on ordinary Australians, and to subject ordinary Australians to the threat of severe penalties if they failed to achieve perfection in carrying out that newly imposed obligation,” he said.

“The apparent intention of that measure was to reduce the administrative costs incurred directly by government. The correlative effect was to increase drastically the costs incurred by many Australians in seeking to meet their new obligations.”

As a result, most Australians, he said, employ a registered tax agent to assist them with the task of complying with the self-assessment regime.

“They pay the agent, and in accordance with the letter of the law claim, a deduction for that payment,” he said.

“Many such Australians have comparatively simple financial affairs and would pay less than $3,000 for such assistance. But many don’t. If they are to obey the laws government has chosen to impose on them, they need help.”

There are many examples, he said, where individuals will need more than $3,000 of assistance.

“[For example], someone considering making the leap of faith to create a new business, which may in time provide employment and prosperity to many other Australians, will need extensive advice on the tax consequences of all aspects of that decision,” he said.

“People with foreign income or assets [such as] migrants need to address aspects of tax law that are complex even by the standards of the tax regime in general.”

He also noted that people facing difficult circumstances such as a family that has suffered bereavement often need specialist assistance to sort out unwelcome problems.

“The work of qualified tax professionals is an essential part of Australia’s tax system, as has been recognised for many years, especially since the advent of the self-assessment regime,” he said.

“Tax deductibility of advice in complying with tax laws is a legitimate expense of business, investment or other income-earning activities. We utterly reject the notion that an open, express and long-standing right to a tax deduction for costs in complying with laws imposed by government is a rort, and strongly oppose a de facto tax increase by restriction of that right.” 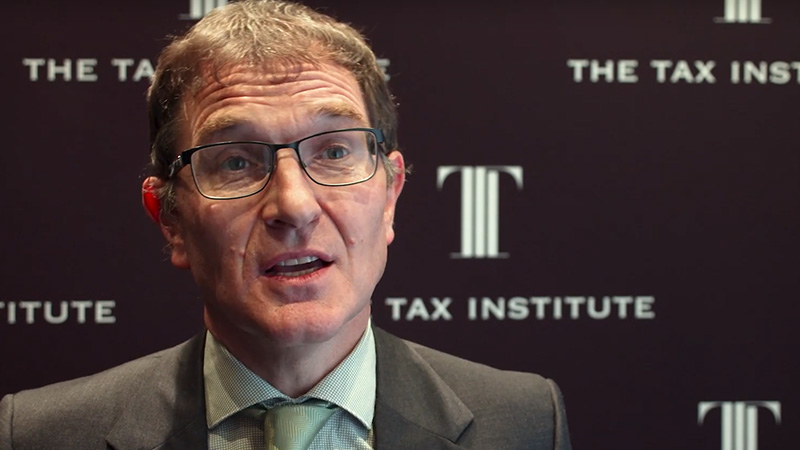