SMSF clients in some cases are forgetting to update their personal details with ASIC and pay their company’s review fee, leading to a nasty surprise when ASIC then deregisters their company, warns a lawyer.

Speaking at a Townsends event, Nicoll Legal principal David Nicoll explained that one of the most common reasons for ASIC to initiate a company deregistration is when the company review fee has been unpaid for at least 12 months.

Mr Nicoll said this usually arises where the client has changed address or changed the registered office and failed to update the new details with ASIC.

This issue can also arise when they change their accountant and the accountant’s office is used as the registered office.

“Demands by ASIC for the repayment of the fee are sent to the old office and never forwarded onto the client, and the client forgets that they had to pay the annual fee to ASIC, and lo and behold, ASIC then initiates its deregistration process,” he said.

“This is the one that I’ve seen most in the past and the one where the client is suddenly surprised when someone else tells them the company has been deregistered on ASIC.”

The demands that ASIC sends usually goes to an old registered office, so they’re unaware that they need to pay this fee to ASIC, he said.

ASIC has to follow a procedure, he explained, where it gives notice to the company, which it sends to the registered office that’s listed on ASIC.

“If that doesn’t get to the company, then that can cause them not to pay, and the deregistration process may occur. ASIC then has to publish the notice in the prescribed manner that they have, and then when two months [have passed], ASIC may deregister the company at that stage,” he said.

Once the deregistration process has been completed, the company will cease to exist, he cautioned.

“The company cannot do anything from that time it ceases to exist; the directors don’t have any capacity to enter into any contract or any of those sorts of things,” he said.

“Make sure clients update their changes of address and make sure they’re paying the fees to try and eliminate, as much of you can, the common causes of the deregistration process,” he said. 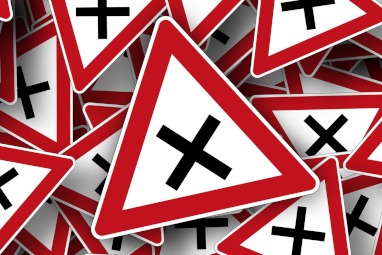