The ATO is in the process of finalising its guidance on reserves and has revealed that it will be analysing data from 2016 to identify any suspicious arrangements that arise.

The ATO confirmed with SMSF Adviser today that it will soon release guidance on reserves following some of its earlier commentary around the potential for reserves to be used for circumventing restrictions imposed in the super and income tax legislation.

Speaking in the panel session at the SMSF Association National Conference, ATO deputy commissioner superannuation James O’Halloran said the ATO expects that SMSFs will only use reserves in limited circumstances and for specific and legitimate purposes.

“Where an SMSF purports to hold an amount in a reserve as opposed to allocating directly to a member’s super interest for the benefit of the member and their beneficiaries, we will consider whether the trustee is acting in accordance with their obligations under the SISA,” said Mr O’Halloran.

“We will closely scrutinise any arrangements that arise unexpectedly or are out-of-pattern vis-a-vis the 2016 data I have shared. In suitable cases, we would consider the potential application of the sole-purpose test under section 62 of SISA and Part IVA of the Income Tax Assessment Act 1936.”

Mr O’Halloran advised, however, that the ATO won’t be applying compliance resources to review SMSF actions in relation to reserves before 1 July 2017, “unless there is clear evidence of an attempt to circumvent the 2016 budget super reform measures”.

While the number of reserves hasn’t grown since September 2016 and the average balance is $160,000, he said, there are some funds with dramatically larger reserve amounts.

Mr O’Halloran said while the ATO believes there is a need to warn SMSFs, the best-case scenario is that it doesn’t become a concern that “trustees appropriately manage existing reserves and can explain the creation of new ones”. 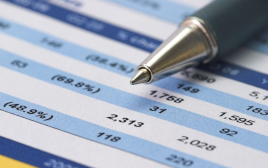