While the ATO has finalised LCG 2016/8 following further legislative tweaks, it remains uncertain whether CGT relief can be applied to transition to retirement income streams in retirement phase, says an industry lawyer.

In late June 2017 the government made amendments to TRISs, extending the pension exemption to TRISs where the member had satisfied a relevant condition of release such as retirement of attaining age 65.

Following these amendments, the ATO revised Law Companion Guideline (LCG) 2016/8 to reflect the new amendments, releasing a draft version of the updated guidance for consultation with the industry at the end of November.

Towards the end of December, the ATO released the final version of the updated LCG 2016/8.

However, the final version of LCG 2016/8 does not provide any further clarification of the ATO’s position on the ability for members with TRISs in retirement phase who have TRIS balances less than $1.6 million, to apply CGT relief, according to DBA Lawyers director Daniel Butler.

Mr Butler has previously raised this issue, explaining that the amendments made by the government positioned a TRIS in retirement phase “on a similar but different footing to an account-based pension”.

“The ATO seems to be comfortable that a TRIS that is not in retirement phase would get the CGT relief even if the member’s balance was less than $1.6 million. However, I question whether it would be different for a TRIS in retirement phase,” said Mr Butler.

The ATO will also look quite closely at the object of the CGT relief, he said, as outlined in section 294-100 of the Income Tax Transitional Provisions Act1997 (Cth).

“There are two main objectives. Broadly, one was what you had to do to comply with the transfer balance cap changes and the other one was in respect of the loss of tax exemption inside the fund for a TRIS,” he explained.

“So putting that in perspective, where you have an account-based pension, and you had to bring your balance down to $1.6 million, the ATO would say that's within the object of s 294-100. Where you were going to lose your tax exemption, because you had a TRIS, the ATO conceded late in the piece that you would get the relief even though you're below $1.6 million, because you're losing out on the tax exemption after 30 June 2017, so you should get the cost base reset.”

Given that TRIS in retirement phase would still receive the tax exemption, the ATO’s position on this is uncertain, he said.

“So advisers are in the thick of it with the preparation and completion of tax returns but there's still a great deal of uncertainty and a lot of complexity,” said Mr Butler. 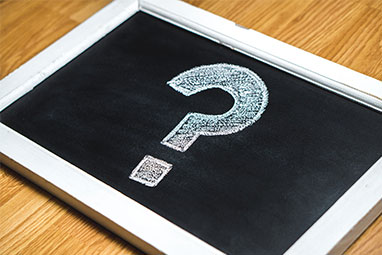 Total votes: 787
The voting for this poll has ended