Many SMSF practitioners have not allowed adequate time for dealing with the CGT relief and are still struggling to understand the eligibility requirements and the application of the relief, says an industry consultant.

Miller Super Solutions founder Tim Miller said in the weeks leading up to the end of 2017, he continued to see multiple examples of SMSF practitioners and their clients still struggling to understand whether or not the CGT relief could be applied for a client and how to apply it.

“Also, with funds that have more than $1.6 million, where it was 100 per cent in pension, [people] don’t understand that they can apply the CGT relief to all the assets where they moved to proportionate,” he explained.

“There's a couple of funds I've seen where, for example, the fund was worth $4 million and all of it was in pension, but they thought they could only apply the CGT relief to the $2.4 million above the cap that had to be rolled back. So, I think it's just an understanding of the difference between whether your assets were segregated or not, as to what that meant from a relief application point of view.”

Mr Miller said he thinks there are still a lot of practitioners still struggling in these areas.

“Possibly this is because of the types of funds they have its not been a key focus for them, but also its crunch time now, and it’s one of those areas where people perhaps thought, ‘well I'll look into that when I need to’, and you needed a little bit more time than that to let it all sink in. That's probably one of the biggest issues that I've seen,” he said.

“I suspect some people will get it wrong, and then others potentially won't maximise the CGT position for their clients because they don't understand the entire position.” 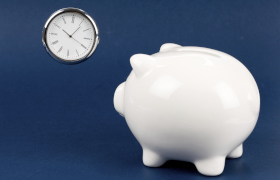