SMSF practitioners will need to be mindful of clients taking out more than the pension minimum to ensure those amounts are treated in a way that optimises their pension exemption, according to a technical expert.

Speaking to SMSF Adviser, Cooper Partners director Jemma Sanderson said SMSF practitioners need to ensure that they are maximising the tax exemption and transfer balance cap for their clients.

“We need to be looking at those clients who are taking out more than the minimum and making sure that we’ve covered that correctly,” Ms Sanderson said.

While most clients will simply take the minimum pension payment, some will be taking more than that because of their lifestyle or because they’ve got plans to go on a big holiday for example, she explained.

“The treatment of that amount above the minimum is really important,” Ms Sanderson stressed.

This has its own challenges, she warned, because the practitioner will need to calculate the balance of the member’s accumulation account on the day of the withdrawal.

“The benefit of it is that it’s being taken from accumulation which in theory means it is reducing the non-exempt component of the fund, and you don’t have to report it to the ATO,” Ms Sanderson said.

“So it’s got its attractions there, [but] you need to know the balance of the member’s accumulation account on the day of the withdrawal, because you need to be able to calculate the taxable and tax-free component, so that in itself can be a challenge, in terms of trying to figure out what the balance was [on that date].”

Once they’ve commuted their pension above the $1.6 million, she said, that tax-free component becomes a fixed dollar amount, so whatever the value of their accumulation account is, that’s really important.

“Let’s say on 5 December, for example, they take out $100,000. What are the taxation components of that? We’ll only be able to determine that by knowing what the accumulation balance was on that day, so that’s going to add some complexity to it all,” Ms Sanderson explained.

“By taking that amount out of the pension account, which is in effect what you’re doing, it’s reducing the amount that’s exempt from tax, but at the same time you can then convert that withdrawal amount to a new pension account in the new year,” Ms Sanderson said.

“So everyone is going to be different from that perspective in terms of what ones they’re going to pick, and looking at the longer term implications of that.” 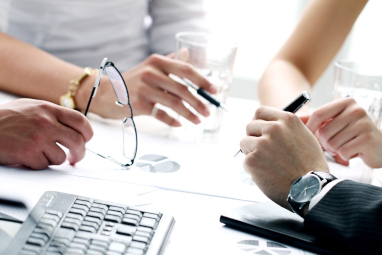