Tighter lending restrictions from the banks have seen an increase in private lending arrangements between SMSFs and other entities, exposing trustees to significant risks, an auditor has warned.

Speaking to SMSF Adviser, Hayes Knight director of SMSF, Ray Itaoui said as result of the tighter lending restrictions, there are a lot of business, trusts and other sorts of entities seeking finance, and some of them have started obtaining finance from SMSFs.

“So you're seeing a lot of private lending arrangements between SMSFs and unrelated parties,” said Mr Itaoui.

For these types of arrangements, SMSF auditors he said will need to qualify any potential issues, he said.

“For an auditor there are concerns around whether the interest is at market value, whether it's all at arm's length and [with] commercial terms, and whether it's a scheme to actually withdraw money from super.”

While often these lending arrangements are legitimate and compliant with the law, he said, they can create a huge risk for trustees, he warned.

“We've seen some come in where there's no loan agreement in place, or if there is a loan agreement, the interest is not being paid consistent with the loan agreement, and what happens one day if someone decides they don't want to pay it any more? Is the super fund going to get its money back? They're really high risk.”

A lot of SMSF investors have become interested in these arrangements, he said, because the returns they’re getting for investments at the moment are very low.

“With the market the way it is, investment returns have been quite tight for a few years, so if somebody approaches a super fund and says listen I'll pay you 10 or 15 per cent interest on $200,000 worth of an unsecured loan, it's quite tempting for the super fund to get that rate of return,” he said. 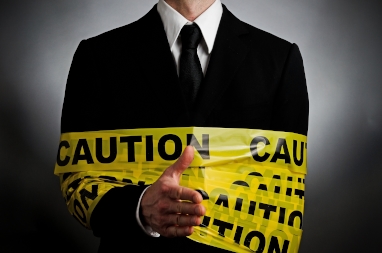