The top adviser queries in the September quarter related to transition to retirement income streams, according to BT, with advisers still uncertain about the definition of retirement and reversionary TRISs.

According to BT Advice Technical, the top query received in the September quarter related to the APRA guidance around retirement for members aged over 60 and the impact of that on a TRIS.

BT technical consultant Tim Howard said while nothing has specifically changed in this area from a legislative point of view; the APRA guidance paper certainly reinforces the rules around employment arrangements and conditions of release.

“APRA has confirmed that when a member, who has two or more gainful employment arrangements has reached age 60, they will meet a retirement condition of release if they were to cease any one of these arrangements.”

The second most topical query was in regards to how a TRIS with a reversionary beneficiary can validly pass to the nominated beneficiary after death.

“Parts of the new super laws and supporting commentary from the ATO point to the reversionary beneficiary themselves needing to satisfy a condition of release at the time of the original member’s death,” said Mr Howard.

“While this is creating a degree of uncertainty from an estate planning point of view, a number of industry participants are currently seeking further clarification on the issue”. 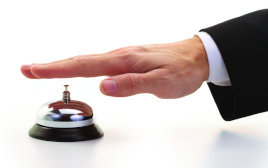 Total votes: 884
The voting for this poll has ended