The ATO’s position that a TRIS will always remain a TRIS is resulting in “irrational and arbitrary outcomes” for reversionary TRISs and discrimination against younger widows and widowers, according to the Tax Institute.

“We understand that the ATO has taken the view that if a member with a TRIS satisfies a nil cashing restriction and commences to be in retirement phase, it does not cease to be a TRIS,” said the submission.

“Further, it continues as such so that on the death of the primary pensioner who commenced the TRIS, the reversionary pension also continues as a TRIS regardless of the satisfaction of a further condition of release with a nil cashing restriction [such as] death.”

An annexure attached to the submission prepared by DMAW Lawyers principal Suzanne Mackenzie explained that amendments introduced by the government established that a TRIS will be retirement phase if the member attains age 65 or gives notice to the trustee of their retirement, terminal medical condition or permanent incapacity.

Death was never addressed in these later amendments, said Ms Mackenzie, because industry had taken the view that the payment of a death benefit would and could never be a TRIS.

“There is a widespread industry practice of treating a TRIS as an account-based pension once a nil cashing restriction is satisfied, provided the relevant governing rules allow for this.”

The current ATO position, she said, would clearly discriminate against younger widows and widowers under age 65 and children who are not in a condition to satisfy a ‘condition of release’ mentioned under s 307-80(3) of ITAA 1997.

“There are also other irrational and arbitrary outcomes dependent upon the manner in which pensions have been commenced by the primary pensioner,” she said.

“For example, compare two members – one commencing a TRIS at age 64 and the other commencing an ABP at age 65 – with both dying at age 70 and their spouse and dependent children then being exposed to significantly different tax treatment on the resulting death benefits.”

The submission also highlighted that there is doubt as to whether adequate records would have been retained by funds to administer death benefits in this way.

“For example, a pensioner who commenced a TRIS at age 64 – who is now 73 – would be taken to still have a TRIS. However, the fund is unlikely to have continued to record the pension as such, and upon death of the pensioner the trustee is unlikely to be aware that the reversionary beneficiary must also satisfy a separate ‘condition of release’ in order that the pension continues to be in the ‘retirement phase’,” said Ms Mackenzie.

“Practically, it will be impossible for the ATO to monitor the position, in many circumstances there will be ABPs that have transitioned from old TRISs where no record of the original TRIS status has been maintained on current administration systems.”

The submission also argued that there is “no express provision in the legislation that precludes the effective conversion of a TRIS to an ABP”.

“If the legislature intended such a restriction it would have been expressed and not implied via the recent amendments to s 307-80(3) of ITAA 97.” 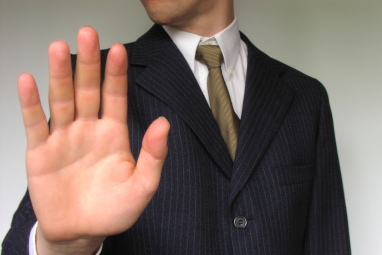