Government introduces bill to restrict use of company tax cut

The government has introduced a bill into Parliament to restrict passive investment companies and corporate beneficiaries of family trusts from accessing the small business tax cut, while the ATO has released a draft ruling on the issue.

The government introduced Treasury Laws Amendment (Enterprise Tax Plan Base Rate Entities) Bill 2017 to limit access to the 27.5 per cent company tax rate by replacing the carrying on a business test with a passive income test.

Under the new rules, to access the reduced company tax rate, 80 per cent or less of the entity’s assessable income must be passive in nature.

Previously there was some contention over whether the reduced tax rate would also apply to passive investment companies and corporate beneficiaries of family trusts.

Knowledge Shop tax director Michael Carruthers said that the good news is that, unlike the exposure draft, the amending legislation is not retrospective and will apply from the 2018 income year.

“This removes the possibility of retrospective changes to a company’s tax rate and maximum franking percentage rate for the 2017 income year,” said Mr Carruthers.

He explained that where a company is receiving income from trusts or partnerships, the practitioner will need to trace through to determine the nature of the income that was derived by that trust or partnership, and this might need to be done on multiple levels.

“For example, Trust 1 might distribute income to Trust 2, which then distributes income to a company. Whether dividends are treated as passive income will depend on the shareholding percentage involved,” he said.

The ATO has released a draft ruling today TR 2017/D7, which explores this concept in the context of companies.

“The ATO indicates that it would generally be easier to show that a company carries on business when compared with a trust or individual taxpayer,” he said.

Mr Carruthers also added that changes will be made to the maximum franking percentage rules.

In determining a company’s maximum franking rate for a particular income year, practitioners, he explained, need to look at the tax rate that would apply in the current year if the following assumptions are made:

Government introduces bill to restrict use of company tax cut 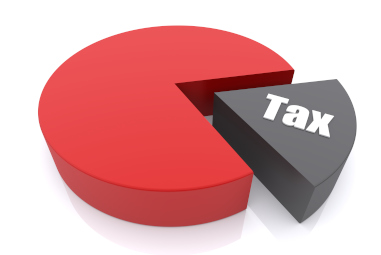