Measures introduced by some employers to suppress wage growth, are impacting the superannuation savings and future retirement incomes of workers, according to a recent report.

A report by the Centre for Future work, a non-government research organisation, has suggested that slow wage growth in Australia is threatening “severe long-run damage” to the superannuation retirement system.

“The damage is then compounded over many years by the subsequent loss of investment income on foregone superannuation contributions,” said Mr Stanford.

Further, wage-suppression will have flow-on effects in retirement as both workers’ wages and employers’ contributions to super are constrained, he said.

“Government will share a significant portion of the resulting damage,” he said.

“They will collect less in taxes on superannuation contributions and investment income, and will pay out more in means-tested age pension benefits since workers’ superannuation incomes will be smaller.”

“All Australians will pay a significant price if wage growth is not restored, so that labour incomes begin once again to rise at least in tandem with productivity.

“Workers, unions, governments, and superannuation trustees and administrators should all be cognisant of the damage to superannuation accumulation… arising from wage-suppressing actions by employers.”

The report argued that the real cost of wage-suppression to aggregate superannuation balances upon retirement could exceed $100 billion in 2017 dollars. Large corporations such as Aerocare, Qantas, Griffin Coal and Streets Ice Cream were singled out with the report arguing that “in excess of three million workers” have experienced wage theft.

“Millions of Australians have been confronted with one or more of these forms of wage suppression from their employers, so the aggregate impacts across the economy are enormous,” Mr Stanford explained.

However, Mr Stanford gave several examples of how wage suppression could impact the average worker. For example, the imposition of a two-year temporary nominal wage freeze (which the report argued equates to a 2.5 per cent real wage loss for each year of a zero per cent nominal wage change) would see a nominal loss in superannuation upon retirement of $37,458 dollars for men and $31,415 for women.

An indefinite freeze could cost men up to $41,977 (nominal) upon retirement additionally. The report noted that the figures assume that the loss in income resulting from wage suppression has been sustained and not recovered.

A reduction in Sunday penalty rates could cost both men and women $33,941 in nominal terms, underpayment could cost $59,878.

The removal of enterprise agreements could leave individual male retirees a staggering $268,543 poorer in nominal terms.

Mr Stanford concluded: “If the goal of the [superannuation] system… is indeed to maximise the retirement benefits of superannuation fund members, then the growing use of wage suppression strategies by employers is a relevant and concerning development – one that would seem to justify a response from the superannuation system.” 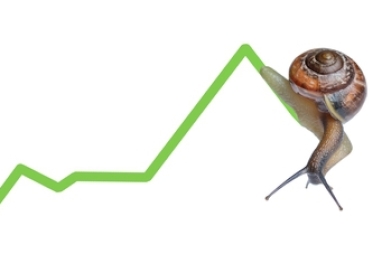