The federal opposition has called on Prime Minister Malcolm Turnbull to address the impact of recent ATO system failures and reveal what steps the government is taking to resolve the issue.

The ATO’s portals, including the Tax Agent, Business and BAS Agent Portals, marked the beginning of tax time this year with some unscheduled downtime for several hours.

These outages were in line with a string of unplanned downtime and degraded performance episodes which have plagued the ATO’s digital services — the worst in recent history being between December 2016 and February 2017.

A statement from shadow assistant treasurer Andrew Leigh was released yesterday in response to questioning by SMSF Adviser’s sister title Accountants daily, calling for Mr Turnbull to give a realistic indication to the accounting community about the stability of the ATO’s digital systems this tax time.

“The Turnbull government needs to explain to individuals and tax agents exactly what impact this will have on their ability to lodge tax returns for the rest of this tax season,” the statement said.

“We have also repeatedly called for an investigation into these outages, something else the government has ignored.

“Malcolm Turnbull needs to tell Australians how many outages there have been and for how long. Taxpayers deserve to know what the Turnbull government is doing — if anything — to fix this problem.”

Most recently, accounting software veteran, BGL’s managing director Ron Lesh, told Accountants Daily he has reached out to Ms O’Dwyer’s office in an effort to escalate the profile of this issue within government.

He said he and the broader accounting and tax community have grown tired of the “all talk” answers he gets from the tax office.

“I have very little confidence in the system at the moment, it keeps going down, and it frustrates the hell out of people,” Mr Lesh said. “Around mandatory lodgement dates in particular, it’s very difficult,” he said.

“And you see nothing in response, except apologies,” he said.

Working around portal outages has become an expected part of doing business for many accountants, tax and BAS agents.

“The information we can grab from the ATO portal is fantastic — it is reliable, good and useful,” said partner at Fortis Accounting Partners, John Kalachian.

“The information we are provided is getting stronger every year. But with that, there seems to be a lot more crashes,” he said.

On several occasions, suburban accountants like Gail Freeman, director of Freeman and Co, said the persistent outages have a significant impact on her as an SME.

“The impact [of the outages] on our productivity and cash flow is quite enormous,” she said.

Late last year, the ATO said it was beta-testing an online system that will replicate the current tax agent portal. It was originally set to go live this year.

“We have done quite a bit of work to try and stabilise the portal, but it is aged infrastructure. At the time it was released it was the ‘you beaut’ thing. That’s a long time ago. Unfortunately, we find ourselves in a place where we haven’t maintained that platform to keep it contemporary,” said ATO assistant commissioner Venetia Blackman at the time.

The ATO made a series of commitments to the accounting community in June this year, including improving its communication with stakeholders in the event of an outage.

This is one of the bigger frustrations for tax and BAS agents in particular, who need more realistic indications of when the portals will be back up and running.

“All I want to know is when it is going to be down. If that’s going to be two weeks, fine. We can adjust accordingly. But I need to know what that downtime is going to be,” said Ms Freeman earlier this year. 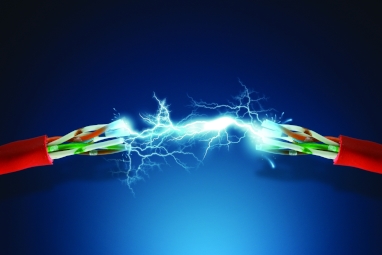