Practitioners should hold off on applying any tax cuts in relation to family trusts until the dust from the “standoff” between the ATO and the government has settled, warns the IPA.

Following a draft ruling from the ATO stating that the government’s tax cut for small businesses would also apply to passive investment companies and corporate beneficiaries of family trusts, Minister for Revenue and Financial Services Kelly O’Dwyer clarified this was not the intention of the government’s policy decision.

“If any further direction is required on the government’s policy intention by the ATO, it will be provided by the government,” Ms O’Dwyer said in the announcement.

The Institute of Public Accountants’ Tony Greco said while Parliament have been quite clear on what it intended to happen in respect to the tax cuts, the ATO has said their long-standing view is that if “you’re in a company, there’s a presumption that you’re for profit, and therefore it’s not going to take much for you to carry on the business”.

“There’s a bit of a standoff happening – everyone is waiting to see who’s going to budge first. Will the ATO harden its position or will the government have to legislate to take away the uncertainty?” said Mr Greco.

While family trusts have always had unique tax benefits, if the ATO interpretation is to stay in place, this will add another benefit to the long list of benefits that already exist for family trusts, he said.

“So it’s only going to sweeten the pot so to speak. People are now starting to understand that there is an extra tax benefit that could be utilised, and I think a lot of people are asking the question, ‘What do we do?’” said Mr Greco.

While SMSF practitioners and trustees might decide to go and “avail themselves of the extra benefits”, Mr Greco warned against this given the statement from Kelly O’Dwyer that the government plans to act on this interpretation.

“So I think people understand that means that regardless of what the ATO does, the government will come in and legislate to stop this extension of the benefits, particularly to bucket companies, where the trust has a corporate beneficiary,” he said.

“If Kelly O’Dwyer hadn’t come out with that press statement, we would have told our members: ‘Well if that’s the ATO’s view – and they’re the administrators of the law – if that’s the guidance they’ve provided, then by all means push on’.”

Given the statement from the government, however, Mr Greco said it is clear Treasury are looking at this.

“Therefore you have to be mindful that something can happen that can counteract the ATO’s view,” he said. 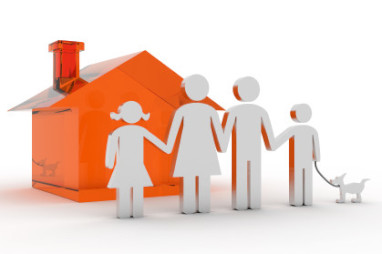