Members who were receiving minimum pension payments prior to 1 July, and had to reduce their pension balance to $1.6 million, should check their minimum payments have been re-adjusted based on the new balance, says Perpetual.

Perpetual Private head of strategic advice Colin Lewis says super members who had over $1.6 million in the pension account before 1 July, and had to commute money out of the pension, may want to continue receiving only minimum pension payments this year financial year.

He said these individuals will need to check whether the pension payments they’re receiving this financial year are based on the new balance of the pension account.

“For example, you had a $2 million pension, and you were taking minimum pension payments and you’ve just advised the trustee of the fund that you just want to continue taking the minimum, and you’ve commuted money out of that pension down to the $1.6 million, the minimum amount that might be being paid from the fund could still be set at that higher level. So going forward, it might be better to get them to reduce their minimum payment down to the $1.6 million,” Mr Lewis explained.

Any additional income required by the trustee could be taken as a partial commutation, because that gives them a debit in their transfer balance cap.

While Mr Lewis said this is likely to be less of an issue for SMSFs compared to the retail segment of the industry super fund space, there could still be scenarios like this.

“It you’re with a fund administrator, [for example], they might have it as a minimum pension based on an old balance, so there’s just little things like this that may need to be tidied up and reviewed going forward,” he said. 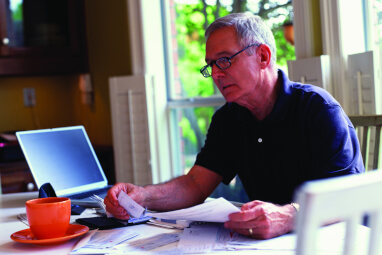